Opium, a plant-based substance, acts as the main active ingredient for a wide variety of drugs, some of which include heroin, Demerol and codeine. Though opium does hold certain medicinal effects as a pain relief agent, even prescription-based forms of the drug start to have detrimental effects when used on a long-term basis. Anyone who uses these drugs on a long-term basis will inevitably start to experience the harmful effects of opium.

While no two people will experience the exact same symptoms, the effects of opium on the brain’s chemical processes remain the same. In actuality, the harmful effects of opium start as of the very first dose. With ongoing use, these effects become more severe to the point where a person’s health and overall quality of life start to see noticeable decline.

If you or someone you know have been taking an opium-based medication for two weeks or more, here are the top five harmful effects of opium to watch out for: 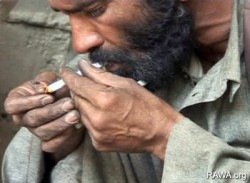 Opium is harmful to your health – find addiction help today!

When ingested, the brain naturally interacts with opium materials much like it interacts with its own endorphin chemicals. The brain also has an “auto-adapt” mechanism that causes it to secrete less of its own endorphin chemicals based on the amount of opium present. This automatic mechanism results in increasing tolerance levels, which means larger doses of opium are needed to ensure endorphin levels remain at a normal level.

According to the Massachusetts Department of Public Health, large enough doses of opium can sedate bodily functions to the point where respiratory failure occurs. With opium-based drugs, respiratory failure is the number one cause of overdose deaths for long-time users. Anytime a person ingests more than the body can handle, the potential for overdose exists. This means the effects of opium after not using for a while can also lead to overdose in cases where a person relapses.

The effects of opium after long-term use can take any number of forms. Opium weakens brain and body functions over time placing every major bodily system at risk. Common health problems associated with long-term opium use include: