People who’ve used opiates for extended periods of time experience withdrawal on a regular basis. People who’ve tried to stop using opiates experience the very worst of withdrawal effects, with many eventually returning to drug use.

Finding an effective treatment for opiate withdrawal can make all the difference in terms of getting through the detox stage of recovery. Tramadol, a prescription-based analgesic, belongs to the schedule IV class of controlled substances, according to the Drug Enforcement Administration. Much like methadone’s use in opiate addiction treatment, tramadol works to relieve the uncomfortable effects associated with opiate withdrawal.

Will tramadol help with opiate withdrawal? While effective for some, tramadol may not work for everyone since each person’s chemical make-up responds differently to the drug’s effects. For the most part, will tramadol help with opiate withdrawal depends on a person’s past drug history as well as any existing medical and/or psychological conditions he or she has. 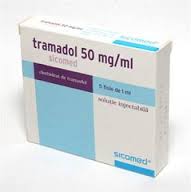 Tramadol is an opiate analgesic.

With ongoing opiate use comes a gradual change in the brain’s chemical workings, most notably the brain’s neurotransmitter outputs. Before long, the chemical pathways that regulate most every bodily process start to depend on opiate effects to regulate bodily functions as normal.

With long-term opiate use, the drug’s effects gradually weaken brain functions leaving chemical-producing cells unable to produce needed neurotransmitter supplies. In effect, the brain develops an ongoing tolerance to opiate effects that continues to increase for as long as a person keeps using. With each tolerance level increase, users experience withdrawal effects, which in turn drive continued drug use in increasingly larger dosage amounts.

Will tramadol help with opiate withdrawal? As a medication replacement therapy, tramadol’s chemical make-up works to restore a normal chemical balance in the brain.

According to Harvard Health Publications, physical withdrawal develops as opiates leave the system, leaving brain cells to function in the absence of the drug. Symptoms most often experienced include:

Will tramadol help with opiate withdrawal in light of the range of symptoms that develop? As an opiate analgesic agent, tramadol acts on the same brain cell sites as addictive opiates. While tramadol produces similar effects as addictive opiates, the risk of abuse and addiction runs considerably lower than with other opiates.

Much like the increasing physical dependency that develops during the course of opiate abuse, the brain develops an increasing psychological dependency on the drug’s effects. In effect, opiates trigger a series of signals and chemical reactions that alter a vital area of the brain known as the mesolimbic reward system, according to the U. S. National Library of Medicine.

Over time, changes to the mesolimbic reward system create an addiction to opiates as the brain comes to associate drug use with the positive effects of the drug (euphoria, calm and relief from withdrawal effects). For long-time opiate users, psychological withdrawal effects can pose an even greater obstacle to ongoing abstinence than the physical effects.

Psychological effects may take the form of:

As an opiate analgesic, tramadol produces controlled effects, mimicking the effects of addictive opiates without inciting abusive or addictive tendencies. Will tramadol help with opiate withdrawal’s physical effects regardless of how severe they may be? In most cases yes, though certain health-related considerations may limit its effectiveness.

Considering how damaging the psychological aftereffects of chronic opiate use can be, will tramadol help with opiate withdrawal’s psychological effects? This is an area where tramadol most differs from other types of drug replacement therapies.

Tramadol not only addresses the brain’s physical need for opiates, but also promotes the release of serotonin and norepinephrine, two essential chemicals responsible for maintaining stable mood states. These interactions have a ripple effect that help in relieving drug cravings as well as the overall emotional instability that comes with opiate withdrawal.

While the answer to will tramadol help with opiate withdrawal remains a resounding yes, this drug does carry a risk for abuse and addiction when not monitored correctly, according to the University of Missouri System.

Ultimately, will tramadol help with opiate withdrawal depends on a person’s overall physical condition as well as his or her motivation to get well and stay well.