Opium, a natural pain-relieving substance, has been synthesized into a number of prescription analgesic drugs, making opium and opium based drugs the number one treatment for pain symptoms. Opium also produces unintended side effects that make for a widely popular recreational drug. Whether a person takes opium-type drugs as a pain treatment or for recreational purposes, out-of-control drug-abusing practices will lead to the same end: addiction.

While not everyone considering treatment has reached the point of addiction, physical dependence on opium can be just as difficult to overcome. Opium detox treatment marks the first step towards taking back control of your life from this drug’s powerful effects. Ultimately, the need for opium detox treatment depends on how long you’ve used opium drugs as well as the circumstances surrounding your drug use.

The Effects of Opium-Based Drugs

Anyone who’s abused opium drugs for any length of time knows how the drug’s effects tend to change with ongoing use. What starts out as a feeling of total euphoria and calm soon evolves into uncomfortable withdrawal effects, cravings and eventual obsession over getting and using the drug.

Opium works by integrating within the body’s chemical makeup, most especially the areas that regulate brain and central nervous system functions. With each drug dose, opium retrains the brain’s chemical pathways, forcing the release of high levels of neurotransmitter chemicals, according to the National Institute on Drug Abuse. 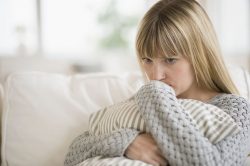 If you can’t enjoy life without opium, you need opium detox treatment.

These interactions not only weaken the brain’s regulatory functions but also make it increasingly difficult for the brain and central nervous system to function normally in the absence of the drug. The withdrawal episodes commonly experienced result from this overall state of imbalance.

Withdrawal episodes also drive continued drug use as users attempt to self-medicate uncomfortable symptoms. Much of what takes place in opium detox treatment works to break the body’s physical dependence on opium effects.

Continued drug use past the point of physical dependence leaves a person wide open for full-blown addiction to develop. Addiction works as a psychological dependence, making a person believe he or she needs the drug to cope with everyday responsibilities and pressures. Under these conditions, the need for opium detox treatment increases exponentially.

How Long Have I Been Abusing Opium?

In effect, the longer you’ve abused opium the more out of balance the brain’s chemical system has become. After a certain point, this imbalance makes it all but impossible to go without the drug for any length of time.

Have I Tried to Stop Using Already and Can’t?

Failed attempts to stop using are a clear sign that some form of opium detox treatment is needed as the effects of the drug have essentially overpowered your ability to control your behaviors and follow through on your decisions.

Does Opium Use Make Life Bearable?

Once addiction becomes an issue, an emotional attachment to opium has formed in terms of a person “needing” the drug to cope with and enjoy daily life, according to Duke University. In effect, a person ends up battling both a physical and psychological dependence on his or her own in the absence of opium detox treatment.

While not everyone struggling with drug abuse practices will need opium detox treatment, unless a person is at the early stages of drug use, stopping drug use altogether will likely be difficult, to say the least. If you or someone you know is considering opium detox treatment and have more questions, please feel free to call our toll-free helpline at 800-405-7172 to speak with one of our addictions specialists.