The history of opium dates back as far as the Neolithic and ancient times when the drug was widely used in anesthesia as well as for ritualistic purposes. In ancient Egypt, opium was used as a pain reliever and the Indians as well as the Romans both used opium during surgical procedures. Medical texts dating back to the writings and times of Dioscorides, Galen and Avicenna also mention that use of opium as an analgesic to stop pain during medical procedures in those times.

Throughout the American Civil War, opium and various derivatives of opium were used. Morphine, opiods and synthetic opiates are all derived or come directly from the opium poppy even in today’s medical use. While the medical world has had great evolutions and has manipulated opium to meet the needs of patients, the most raw form of opium, Morphine, continues to be one of the most widely used analgesic drugs even today. 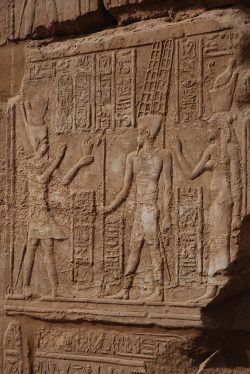 Opium was used as a pain reliever in ancient Egypt.

Opium was used for recreational purposes throughout Chinese history during the 15th century on through the 17th century. It was nearly 300 years before the Chinese realized that smoking opium on a regular basis for recreational use was actually dangerous and could lead to physical dependence. Even once it was realized that daily opium use was dangerous, many Chinese people continued to use the drug regularly despite new warnings.

The Opium Wars were a major part of Chinese history and a direct result of a Chinese emperor attempting to stop the delivery of Opium to China during the 1800s. According to the University of Houston, Victoria, he Opium Wars, which took place in separate times in 1839 and in 1858 did not halt the production or shipping of Opium for long and by the early 1900’s one in four Chinese men smoked opium regularly.

In 1909, the International Opium Commission was formed to help regulate the shipping, sale and use of opium due to the dangers that were now widely known pertaining to the regular use of the drug. At this time, opium was first being purified into morphine and heroin which were both highly potent and very powerful analgesic drugs that proved to be very much more dangerous that the raw opium itself. By the 20th century, opium was prohibited from may countries and there was great regulations to help keep opium and opiates such as the many prescription painkillers that use opium as abase out of the hands of the wrong users.

Today’s opium production is mostly dominated by Afghanistan and is far less than it was many years ago. Unfortunately, despite the regulations and the procedures in place to keep opium and other opium derivatives out of the wrong hands, millions of people are still physically dependent on opium or similar drugs and need help.