Any person who has developed a dependency on opium or any type of opium derivative should get opium addiction treatment. Opium is a highly addictive drug that people tend to abuse and form a strong addiction to.

People can take opium in many ways, the most common forms are, injection, smoking and ingestion. Some people may start off taking it to use as a pain killer, but opium is highly addictive and numerous people begin to enjoy the affects that the drug has on them. According to www.alcoholrehab.com, the effects of opium are highly pleasurable to those who use it and include the following effects, feelings of well-being, feelings of relaxation and warmth, a pleasurable dreaminess state, relief from pain and discomfort, lack of inhibitions, and ultimate euphoria. 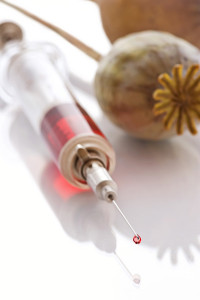 Opium addiction treatment can help you overcome your addiction!

Once people feel this euphoric state they begin to take more of the drug. Since a person’s body will begin to develop immunity to the drug at certain doses a person will begin to take more and more of the drug to keep reaching a euphoric state. This is when the drug dependency becomes a major problem for many people because they have to have the financial means to keep their drug habit going and most  people who are addicted to the drug only focus on the maintaining their addiction and let the other areas of their life fall apart, such as jobs, relationships and responsibilities.

Since opium is a highly addictive drug the majority of people who begin using it need professional opium treatment to get off of the drug. When a person is coming off of opium they will experience a plethora of withdrawal symptoms. These withdrawal symptoms will be both physical and psychological. The physical symptoms, such as, stomach aches, vomiting, cramping, muscle aches, and cold sweats, will be the most prominent in the first week, The emotional affects, such as, anxiety, mood swings, and insomnia typically last for a few months.