Much of the battle a person wages with opiate dependency has to do with the drug’s withdrawal effects. Having a plan of action for coping with withdrawal symptoms can help. Ultimately, taking steps to prevent that ever encroaching urge to relapse becomes the bottom line for someone wanting to overcome opiate dependence.

Opiate effects on the body make it possible to become physically dependent within one week’s time depending on the dosage amounts and frequency of use. Someone who’s physically dependent experiences an ongoing physical craving for the drug, according to Bryn Mawr College. These cravings become increasingly worse with time. After a while, the mind starts to crave the effects of the drug. At this point a person starts to believe he or she needs the drug to make it through the day. Once the mind reaches this point, addiction has set in. 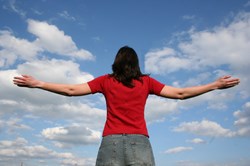 It is within your power to overcome a dependence to opiates – treatment can help!

At the opiate dependence stage, physical cravings drive a person’s drug-seeking behaviors. While still difficult, overcoming drug dependence at this stage is much easier than fighting a full-blown addiction. In effect, opiates gradually take over the body’s central nervous system functions so the more a person uses the more dependent the body becomes.

By far, withdrawal effects from opiate dependence account for why most people have such a difficult time when trying to stop using. Withdrawal symptoms can vary depending on:

As these effects can last anywhere from five days to three weeks, having a “counter-measures” plan ready can help a person make it through the withdrawal stage. While Tylenol and ibuprofen can help alleviate much of the discomfort, discussing options with your doctor is always a good idea.

When dealing with a physical dependence, the good news is once you’re passed the withdrawal stage you’re done. It’s a whole other story when dealing with opiate addiction.

While preparing for withdrawal effects can go a long way towards relapse prevention, other lifestyle habits may also require changing. It’s not uncommon for a person to use drugs at the same times of day, such as before going to work or going to bed. Having a strategy in place before that time comes will make it easier to replace the old habit with a new one. Getting outside support from a therapist and/or a support group can also provide needed direction and guidance in overcoming opiate dependence.