As far as pain-relieving medications go, synthetic opiates offer a quick and easy means for alleviating most any type of pain symptoms. Much like opium (the natural substance from which they’re derived), synthetic opiates act on the same areas of the brain as opium and produce many of the same effects.

Unlike their predecessor, synthetic opiates are man-made, which allows for a wide range of potency levels. Manufacturers can also better calibrate the effects of any one drug to address certain types of pain symptoms.

According to Princeton University, the opium poppy seed plant contains a handful of natural opiate-type alkaloids or compounds, which includes the following –

When ingested, the brain converts most all opiate-type drugs into morphine. From there, these drugs stimulate certain key brain cell sites, which produce the body’s own pain-relieving chemicals. 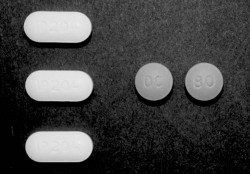 Opiate-type alkaloids are present in many synthetic drugs.

In effect, natural opiate drugs work to depress brain and central nervous system functions in one way or another, according to the Institute for Substance Abuse Treatment Evaluation. Likewise, synthetic opiates have similar chemical structures, which enable them to slow down most all bodily functions.

Drugs capable of altering chemical processes in the brain usually carry a degree of risk for abuse and addiction. This risk stems from the brain’s growing tolerance for the drug’s effects.

While some man-made opiates may be stronger than others, the risk for addiction remains. Some of the more commonly drugs include –

Opiate addictions can leave the brain in a chemically imbalanced state for months, or even years after a person stops using. Opiate addiction treatment drugs work to correct these chemical imbalances, which enables those in recovery to function more effectively in everyday life.

Some of the more commonly used treatment drugs include –

Semisynthetic opiates combine one or more of the natural opium alkaloids with a synthetic formulation. Semisynthetic types include –

While synthetic opiates may come from natural opium alkaloids, their man-made characteristics allow for considerably higher potency levels than the original natural compounds.