Unlike stimulant-based addictions, the opiate addiction process works behind the scenes without a person knowing it. Opiates in general act as depressants, slowing down chemical processes throughout the body. With long-term and/or frequent use, opiates slowly take over brain and body functions.

If you’ve gone through multiple rounds of drug treatment with little to no success to show for your efforts, methadone may well provide the needed support to maintain abstinence for the long term. More often than not, methadone for opiate withdrawal becomes the treatment of last resort when nothing else works.

According to the Journal of Addiction Science & Clinical Practice, opiate dependence develops out changes to the brain’s chemical pathways and overall chemical make-up. Once opiate dependence takes hold, withdrawal episodes occur at an increasing rate.

Under these conditions, users attempt to self-medicate uncomfortable withdrawal symptoms through continued drug use, which only makes the condition worse over time. Methadone for opiate withdrawal addresses the physical aftereffects left behind by chronic opiate use.

Within the addictions field, medication therapies offer an effective means for supporting damaged brain chemical functions and restoring a natural chemistry throughout the brain and body. Methadone for opiate withdrawal exists as one of a handful of medication therapies used in addiction treatment.

Medication therapies work by acting on the same brain functions affected by addictive opiates, according to the U. S. National Library of Medicine. In effect, these medications act as replacement therapies in terms of replacing the effects of addictive opiates with those of a treatment medication.

Much of the difficulty with overcoming opiate addiction results from changes in brain chemistry, aftereffects that can persist for months or even years after a person stops using. In general, opiate withdrawal lasts anywhere from a couple weeks to months or even years after stopping drug use since the emotional effects can last considerably longer than the physical effects. Methadone for opiate withdrawal works to “normalize” brain chemical functions.

Relief from these effects greatly increases the likelihood a person will make it through the initial detox stage of recovery.

The effects of methadone for opiate withdrawal address the psychological aftereffects of addiction by quenching the brain’s “perceived” need for opiates.

Methadone treatment program costs run considerably lower than other forms of addiction treatment. As methadone programs receive ample funding from government agencies, a person can receive financial assistance in cases where he or she can’t afford treatment costs. Methadone for opiate withdrawal also costs considerably less than a drug habit.

Chronic opiate abuse eats away at the body’s overall health, destroying essential brain cell structures as well as damaging cells and tissues throughout the body. The longer a person can abstain from drug use, the longer the body has to repair damaged processes. Methadone for opiate withdrawal enables those in recovery to maintain abstinence on an ongoing basis.

5. A Legal Substitute for Opiates

Once the brain reaches a certain degree of dependency, opiates must be administered in one form or another to sustain normal brain functioning. Methadone for opiate withdrawal offers addicts a legal means for obtaining opiates provided the drug is used for medicinal purposes.

In effect, methadone acts as a substitute for addictive opiates. In this respect, methadone for opiate withdrawal allows addicts to taper off the effects of opiates at a gradual rate, according to Semel Institute.

The emotional aftereffects of chronic opiate abuse can be crippling, leaving a person unable to experience any sense of joy or contentment. This ongoing state of “feeling out of sorts” can intensify drug cravings and make ongoing abstinence difficult.

The stabilizing effects of methadone for withdrawal address the emotional aftereffects of opiate use, allowing a person to feel more like his or her self. In turn, these effects enable a person to become more engaged in the recovery process. 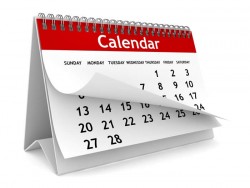 The addiction lifestyle comes with much chaos and turmoil. Once a person enters recovery, the lack of chaos can be unsettling during the initial stages of treatment. Methadone programs administer the drug in daily doses, requiring clients to come into the clinic on a daily basis. This requirement alone imparts structure within a person’s life and also puts him or her in daily contact with treatment providers and likeminded peers.

8. Safe for Use during Pregnancy

Recovering from opiate addiction while pregnant brings on the same types of withdrawal aftereffects and so requires some form of treatment to promote abstinence and prevent relapse. In actuality, opiate withdrawal can be of great danger to a developing fetus, oftentimes causing miscarriages and stillbirths.

Likewise, using opiates while pregnant can harm the fetus in any number of ways. Methadone for opiate withdrawal offers a safe treatment approach in terms of the safety of the fetus while also increasing the likelihood of delivering a healthy baby.

The longer a person abuses opiates the higher his or her tolerance for the drug. After a certain point, addicts face a risk of overdosing each time they use. Unlike addictive opiates, the brain’s tolerance level for methadone remain relatively stable throughout the treatment process. As a result, methadone for opiate withdrawal greatly reduces a person’s risk of overdose.

According to American Family Physician, methadone for opiate withdrawal works well during the early and late stages of treatment, which makes for an effective, long-term maintenance treatment option as well as a detox treatment. People coming off long-time opiate addictions will likely require this treatment option in order to maintain ongoing abstinence.

Overall, methadone for opiate withdrawal offers a range of therapeutic benefits for people who’ve had little to no success through traditional treatment programs.