Opium is the substance produced from the poppy plant that contains, morphine and codeine. Morphine is a powerful painkiller that many hospitals use to alleviate a person in pain. Morphine is also synthesized to make prescription drugs, such as Percocet and Oxycontin. These prescription painkillers are known as opioids.

When people abuse these drugs, they commonly build tolerances to the drugs, which requires them to take more and more of the drug to receive the desired effects. In addition, people think that prescription painkillers are safer to take than other illicit drugs, but this is not true. 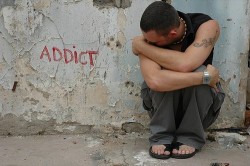 Drug addiction develops very quickly for some people and some drugs. Smoking opium can lead to addiction, heroin use, and more.

According to the National Institute on Drug Abuse, people commonly assume prescription painkillers are safer to take than illicit drugs because they are medically prescribed. However, when these drugs are taken for reasons not intended by a doctor, or taken by someone other than the person prescribed them, they can result in serious adverse health effects including overdose, addiction, and death.

Since addiction also leads to tolerance levels developing, people will commonly stray from one drug to another to receive a more powerful effect. This is commonly seen in people who abuse prescription painkillers and then begin to use heroin.

Progression from Opium to Heroin

Since prescription painkillers are synthetic morphine, which comes from opium, there is a progression from opium to heroin that commonly occurs.

According to the National Institute on Drug Abuse, research suggests that abuse of opioid medications can actually progress to heroin abuse. Approximately half of young people who inject heroin that were surveyed in three recent studies, reported abusing prescription opioids before starting to use heroin. Some of these individuals reported switching to heroin because it was cheaper and easier to get their hands on than prescription opioids.

People progress from opioids to heroin for various reasons, but since the most powerful way to receive the effects of heroin is through injection, there are many health problems that can arise from heroin use in addition to the likelihood of overdose occurring. Heroin significantly increases a user’s chance of contracting HIV or Hepatitis C, due to needle injections, and sometimes when a person is high on a drug, or addicted to drug, they do not care about the consequences.

The progression from opium to heroin can be extremely dangerous for a person, and any person dealing with an opioid or heroin addiction should receive help before they cause many more problems to occur in their life.