According to the Centers for Disease Control, painkiller overdose has become an epidemic in the United States. With so many people abusing prescription painkiller, it is likely you or someone you know is addicted to it. It is important to recognize the signs of painkiller addiction before the addiction becomes a serious problem.

Thinking about the Painkiller

The obsession with the painkiller is part of the addiction. Many people start craving it even before they run out. 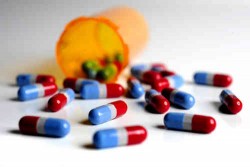 Changes in personality might point to a painkiller addiction.

People on drugs change, their personalities reflect the drug use. These changes are not for the better. They become angry, irritable, or constantly annoyed. They can become violent particularly when they do not have the drug. An addict is likely to exhibit unpredictable behavior when they are going into withdrawal and the cravings are intense. Some people describe their loved ones personalities changing completely particularly when they do not have the drug. Their personalities slowly become consumed by the painkillers that are supposed to help them.

When someone is addicted to painkillers, they do a lot to keep their supply going. Most people who are addicts stop caring what they are doing at some point. In order to obtain the prescriptions they might:

All of these behaviors indicate an addiction. Most addictions to prescription painkiller end up like this either to continue the feeling or to avoid withdrawal.

When someone is addicted to painkillers, they change their behavior to accommodate the drug. One of the symptoms of painkiller withdrawal is that the person stops feeling pleasure without the drug. This causes behavioral changes.

Their life becomes about the drug. They might start acting secretively doing things such as:

The behavior changes are usually striking and lead toward using the painkiller more often.

You continue to use the painkiller even after the prescription stops. You find ways to get more of the drug including doing things like talking to black market dealers and stealing it. You do not do anything that will jeopardize doing the drug or your relationship with a doctor that prescribes it. When the prescription is finished, you might also lie about how much pain you are in to get more or a stronger dose. Although there are checks in place to prevent this, many still succeed in getting the additional painkiller.

When you are asked about your drug use, you might get defensive. This defensiveness is because of the addiction. Most people who do not want to stop using a drug will defend their use. They will make up excuses or reasons why they should not stop. They can come up with quite a few stories quickly to make sure that you believe that the addiction continues. They might even get angry if you question their drug use. This is when some of the key personality changes occur.

When the addiction becomes severe, people start to neglect themselves. They neglect their bills in favor of buying the drugs. They also start to neglect their appearance. Some people who use painkillers regularly do not clean their homes, shower, or do very much of anything else. Their appearance and living environment deteriorates rapidly. They stop doing the things that they enjoy because the drug robs them of their ability to feel pleasure or excitement. Their life gradually deteriorates due to their drug use. According to the National Institute on Drug Abuse, neglected appearance is one of the key signs of abusing prescription painkillers.

When you are addicted to painkillers, your friends change. You do not do the things that used to make you happy so you do not go out with people. As the addiction takes over your life, you stop attending functions or outings such as:

These social changes are hardly noticeable at first. It starts as not attending one or two things. Then it moves further to not attending anything.

Someone brings it to Your Attention

When people start asking what is wrong or commenting on how much of the painkiller you are using, it is probably time to evaluate how much you are taking. They might even attempt to talk to you about your drug use. If others notice the signs and symptoms, it might be time to seek help for your addiction.