Opium, a substance derived from the opium poppy seed plant, carries natural pain relieving properties as well as a less than favorable side effect profile. As the precursor to a wide selection of opiate-based drugs, opium can be just as potentially dangerous as heroin, one of its many derivatives.

According to the Centers for Disease Control & Prevention, the period between 2004 and 2009 saw a twofold increase in rates of opium-type drug abuse. In effect, anyone who abuses opium-based drugs on a frequent basis opens him or herself up to harmful opium side effects.

Abuse and addiction lead the pack when it comes to opium side effects, both of which become a springboard for other medical and psychological problems to take root. Opium exerts its greatest effects within the brain’s chemical pathways, from which most every opium side effect originates. Within two week’s time, users start to experience withdrawal symptoms, the first of a long line of opium side effects.

From there, continued opium abuse starts to disrupt the body’s major systems as affected regions start to break down leaving users in a declining state of health. With long-term use, the potential for overdose (perhaps the most dangerous of all opium side effects) increases with each successive dose of the drug. After a certain point, the need for professional treatment becomes painfully apparent as opium side effects all but destroy a person’s health and well-being.

Opium Effects in the Brain

Opium-type drugs come in a wide range of forms, some of which include –

Each of these drugs carries different potency levels, but sall affect the brain in a similar way. Opium acts as a depressant agent, slowing down the brain’s ability to regulate bodily functions.

Opium gains easy access to brain chemical processes due to its similarity to the brain’s own neurotransmitter chemicals. With frequent use, the brain treats opium as one of its own natural chemicals, which lays the groundwork for opium side effects to begin. 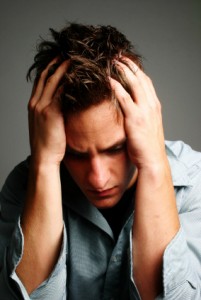 With the ongoing use of opium, individual brain cells undergo structural damage from the drug’s effects on neurotransmitter levels, according to the National Institute on Drug Abuse. Since the brain cells actually secrete these chemicals, the resulting damage makes them less sensitive to opium’s effects. At this point, chronic users will have to increase their dosage amounts in order to keep experiencing the desired effects of the drug.

With continued opium use, addiction becomes inevitable as essential cognitive regions of the brain become dependent on the drug’s effects. Once addiction takes hold, opium side effects will start to impair major systems throughout the body as the brain continues to lose its ability to regulate bodily functions.

Opium’s ability to slow down brain functions will inevitably result in sedation the longer a person keeps abusing the drug. In this state, users can easily start to lapse in and out of consciousness, also known as “nodding out.”

As an opium side effect, lapses in consciousness can occur anywhere at any time. Someone who takes an unusually large dosage amount (especially during the early stages of abuse) will likely experience “nodding out” episodes in response to the drug’s overpowering effects on the brain’s cognitive regions. For long-time users, episodes of “nodding out” happen frequently as opium side effects tend to intensify the longer a person keeps using the drug.

Withdrawal-type opium side effects can happen whenever needed supplies of the drug are lacking. The gastrointestinal distress brought on by withdrawal lies at the heart of aspiration.

Aspiration results from breathing vomited materials into the lungs. Vomiting can happen as a result of withdrawal. It can also happen when a person takes too large a dose of opium. After a while, these materials build up in the lungs, which cause a form of pneumonia to develop. When left untreated, aspiration pneumonia can result in death.

Opium side effects on the body’s cardiovascular system leaves users open to developing a condition known as bradycardia. Bradycardia exists when the body’s heart rate remains at an unusually low level.

In general, opium has a cumulative effect on all affected areas of the brain and body. Over the course of months of drug use, the body’s blood pressure rates continue to drop, which inevitably slows the rate at which the heart beats.

As one of the body’s major systems, low blood pressure and heart rates can have a ripple effect on a person’s overall physical well-being. When left untreated, conditions involving bradycardia can result in heart failure and death.

As one of the most deadliest opium side effects of all, the risk of opium overdose remains especially high for long-term users. According to the University of North Carolina, the number of deaths brought on by opium overdose equals four times the number of deaths occurring in the two, decade long Afghanistan wars that ran from the year 2000 to 2010, namely Operation Iraqi Freedom and Operation Enduring Freedom.

Once a person reaches a high enough tolerance level, any given dose of opium can bring on an overdose episode. Unless a person receives immediate medical attention, the risk of death is extremely high.

Long-term opium use will ultimately result in addiction. At this point, opium side effects will only grow more severe without needed treatment help.