When looking at the information available about substance abuse, the majority of the side effects discussed are related to withdrawal symptoms or short-term effects that eventually fade. Usually, the only long-term effects mentioned are the extremes, like comas and death from overdoses.

When seeking treatment for opiates, it is best to understand what long-term effects there could be as a result of using. Call 800-405-7172 for more information about your treatment options.

Effects On The Body

Opiate usage can create havoc on the body and its functions. When opiate addiction sets in, the body soon begins to adjust the way it works based on the effects of the drug and how much of it is in your system.

Some of the physical long term effects are often caused by the withdrawal process, usually because of the body’s difficulty with the drug’s absence. Some patients have reported experiencing what is known as post-acute withdrawal syndrome, or PAWS, where withdrawal symptoms resurface months or years after they have stopped using. 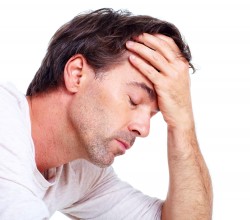 Typical physical effects can be insomnia and pain in your muscles and bones. The way your body registers and responds to pain might change as well, and cause excessive sensitivity in the nervous system.

The way the body responds to medications, opiate based or otherwise, might also change and pose problems later on in life. Depending on how the opiate is taken, further long-term physical effects can occur.

Injecting, for example, often causes vascular issues like collapsed veins, which may not heal. Chewing or swallowing opiates in pill form can also cause continued problems in the person’s gastrointestinal tract and digestive system.

Effects On The Mind

Many researchers involved in studies about addiction and how it affects the body have begun to study the long term effects drugs have on the mind and brain function. With opiates, the NIDA says, the most noticeable effect is hypoxia.

As opiates often affect respiration, the brain can receive less oxygen than it needs and causes hypoxia, where the tissues throughout the body do not receive enough oxygen. As a result, there can be permanent brain damage, coma, and further neurological damage that can lead to death.

Usually, former opiate users have reported difficulty regulating their behavior, poor response to stressful situations, and poor decision making abilities. More long-term effects of opiates on the mind may still be discovered, as research is still being done and the variances that appear from case to case.

What your Mother Never Told You About Opiate Addiction

Many long term effects of opiate usage can be healed with treatment, but some have been known to continue well into recovery. According to the DEA, everyone’s body and brain chemistry is different, and it is fairly common for drug abuse to change that chemistry.

Sometimes, that change is irreversible or has a lasting effect on the person that can continue for years. Some of the previously stated long term effects, which can sometimes be healed and reversed through treatment, can return or cause continuing problems.

If you or a loved one is struggling with an addiction, know that there is help. Please call 800-405-7172 for more information about what treatment options are available for you.