Opium is a highly addictive narcotic that is extracted from the poppy plant, Papaver somniferum. Around the world, nations are struggling with an epidemic rise of opium use. Along with heroin and morphine, many other opioid drugs are derived from opium.

In the United States, pain medications such as Oxycodone, Hydrocodone, Codeine, and other related drugs have the highest abuse. These drugs are prescribed legitimately or acquired through various illegal means and easily diverted for sales on the street.

The United States Drug Enforcement Administration (DEA) has classified Opium as a Schedule II drug under the Controlled Substances Act. Most opioids are Schedule II, III, IV, or V drugs. Some drugs that are derived from opium, such as heroin, are Schedule I drugs and “are considered the most dangerous class of drugs with a high potential for abuse and potentially severe psychological and/or physical dependence.”

Myriad of Side Effects of Opium Use 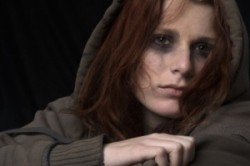 Opium use can cause addiction and a number of related problems.

Opium use produces a euphoric effect in the mind as opioid receptors in the brain are rewarded upon use. Opium is usually smoked and often added to marijuana so it is quickly absorbed through the lungs and sent to the brain.

Like heroin, an opium “high” starts with a euphoric rush and is followed by relaxation and the relief of physical pain. It inhibits muscle movement in the bowels and leads to constipation. It can also dry out the mouth and mucous membranes in the nose. Drugs causing similar effects include: morphine, heroin, codeine, hydrocodone, oxycodone, methadone, and fentanyl.

The side effects of opium use are endless. Beyond addiction, abuse and long term use causes a myriad of physical and psychological effects depending on the type of drug used, how much and for how long it was used, and the various methods of abuse.

Opium can be smoked, intravenously injected, or taken in pill form. It is also abused in combination with other drugs and alcohol which can be fatal. When usage is drastically reduced or stopped, the addict suffers acute withdrawal symptoms which are much like the flu, range in severity, and can last for days or longer.

Relapse rates are extremely high for opium users and a dangerous side effect of opium use is overdose. From one dose to the next, addicts are susceptible to unintentional overdoses and too many addicts die while trying to resume their “normal” dosage amounts immediately after they relapse. Overdose side effects include: slow breathing, seizures, dizziness, weakness, unconsciousness, coma, and possibly death.