According to the NLM, “About 9% of the population is believed to misuse opiates over the course of their lifetime, including illegal drugs like heroin and prescription pain medications such as Oxycontin.” This leaves these particular individuals much more vulnerable to the possibility of opioid overdose which is not only dangerous but can be life-threatening.

Knowing the effects of an opioid overdose can allow you to help someone who will likely not be able to help themselves, and this knowledge is especially important if you know anyone who uses opioids, whether recreationally or by prescription.

Signs and Symptoms of Opiate Overdose

These particular effects can be seen by individuals other than the overdosing person and can help someone determine the difference between opioid intoxication and overdose. When a person has overdosed on these drugs, it is important to work as quickly as possible to get them stabilized and treated. An overdose can occur any time someone takes more than the normal or recommended amount of the drug.

The effects of opioid overdose are:

The effects of opioid overdose are frightening, and many individuals are not able to help themselves after these begin to occur. This is why it is so important to watch out for friends or family members who consistently abuse opioid drugs. This issue has a stronger chance of occurring with consistent abuse, and the individual is unlikely to be aware of the danger they are in or even able to ask for help once overdose begins.

We can help you find the treatment you need to overcome opiate addiction. Call 800-584-3274 toll free today.

Other Effects of Opiate Overdose 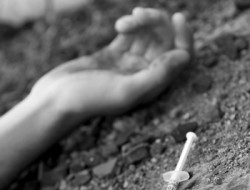 If it is not treated in time an overdose is usually fatal.

Many individuals who overdose on these drugs slip into unconsciousness from which they cannot be woken. This state is called a coma, and even if the individual is shaken or feels pain of some kind, they will not be able to wake up. This is incredibly dangerous because, as another result of overdose, the person will likely stop breathing during this state.

Some people may become delirious or show signs of

This could come on suddenly and end just as quickly, as someone in this state will likely become drowsy and begin to drift off. Because of the intensity of the intoxication they are feeling, they will likely react strongly to the drug at first before the depressant effects set in.

In many cases, overdosing individuals become “unable to respond” to others even though they may be conscious (MDPH). Their muscles will become weak and limp and they will not be able to talk despite still being awake. This state will usually occur before they become unconscious or stop being able to breathe.

In addition, the individual who does lose consciousness will not be able to respond to stimuli if it is a true overdose. Try using some of the main ways to check their ability to respond, such as rubbing your knuckles over their ribcage or yelling their name. “If an individual responds to these stimuli, they may not be experiencing an overdose at that time.” If they do not, they most definitely are.

According to the DOI, both “depressed breathing and heartbeat” occur when a person is high on opioids, but these effects become much more dangerous when the individual overdoses. As stated before, someone who cannot breathe well enough or at all may not be able to let anyone know or even realize it, as they will likely slip into some level of an unconscious state. This is how individuals are most likely to die from opioid overdose. According to the NIDA Teen, “In 2011, opioid painkillers accounted for close to 17,000 deaths in the United States.”

Overdose from these drugs has many effects, most of them dangerous and several of them that are potentially deadly. If you believe someone you know has undergone an opioid overdose, call 911 immediately and get them to a hospital as soon as possible. Those who have loved ones who are constant abusers of opioid drugs may want to consider buying a handheld naloxone device that they can use in the event of an overdose. If the individual is treated quickly enough, the effects can often be reversed.