In the United States, pure opium is uncommon to come across for the everyday user. However, cultivation of opium is growing around the world as more people use heroin, morphine, codeine, and opioid drugs which are easily obtainable through a variety of channels. According to the UN Office on Drugs and Crime,” Opium poppy cultivation in Afghanistan reached a sobering record high in 2013.” The increase in opium cultivation is a trend around the world.

Withdrawal symptoms occur when a person suddenly stops using opium after developing a dependency to the drug and it doesn’t take long for this to happen. There are many factors that determine the impact of opium withdrawals on a person. Much depends on the amounts used and the length of abuse, but, other factors such as method of abuse and the person’s overall physical or mental health also influence withdrawal symptoms and their severity.

Opium is a potent psychoactive drug that causes chemical responses within the brain and acts on the central nervous system to decrease pain and other stimuli responses as well as inducing euphoria. Dopamine, the naturally occurring chemical that controls pleasure, becomes depleted with continued opium use. The body, then, becomes reliant on opium to induce the dopamine and feel a sense of wellbeing. As time goes by more of the opium will be needed to achieve desired effects and for the individual to remain stable. This tolerance will play an active role in the how strongly the body will rebel against the chemical imbalances when opium use is discontinued. 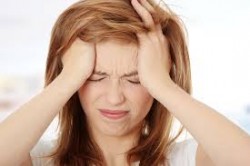 These symptoms may become intense or last longer than 1-3 days in chronic or long term abuse of opium. Other physical symptoms may be dangerous including:

These symptoms may be hard to specifically relate to the opium withdrawal, itself, if the user has a co-existing mental health or substance abuse disorder.