Opium is the juice collected from the poppy plant known as Papaver somniferum and from which the main psychoactive alkaloid chemicals of morphine, codeine, and thebaine are extracted to make opiate pharmaceuticals. Heroin too, is processed from the morphine and in the U.S., most opium drug abuse involves prescription pain killers and heroin. Pure opium is rarely seen on the street.

Heroin is trafficked to the U.S. from several sources and usually comes in the form of a white or brown powder that is snorted, smoked, or injected intravenously. Some heroin coming from the southwest is in the form of a solid black substance that is sticky or hard to the touch and known on the street as “black tar heroin”. Heroin is one of the most potent and highly addictive drugs ever produced from opium. 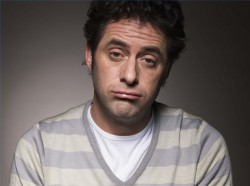 Frequent drowsiness, nodding off, and lethargy are all signs of opium use.

There are thousands of opiate drugs available in the U.S. and many are obtained fraudulently through theft, forgery, or “doctor shopping” and diverted to the street for sales. Prescription opiate drug abuse often leads to addiction and overdose occurrences.

According to the Centers for Disease Control and Prevention, there were “22,810 deaths relating to pharmaceutical overdose in 2011, 16,917 (74%) involved opioid analgesics (also called opioid pain relievers or prescription painkillers). New laws and prescription monitoring programs have been enacted to reduce abuse of these drugs and increasingly, addicts are switching to the use of heroin as a cheaper, yet more potent, alternative.

When a person abuses opium drugs they exhibit several telltale symptoms that can easily be recognized and the physical symptoms include:

Psychological and behavioral symptoms that may be attributed to opiate abuse include: