Opium is the sticky substance that is extracted from the poppy plant. Opium in its raw form is a highly powerful painkiller, but opium is usually broken down to create other drugs known as opiates. Opiates are drugs such as heroin, morphine, and codeine. Opiates also include a group of drugs called opioids which are the synthetic drugs made to help people deal with pain such as oral pain pills like Percocet and Oxycontin.

When a person takes opium or any of its derivatives illegally they tend to abuse the substance, which leads them to develop high dependencies on the drug. An opium addiction can create many problems to occur in person’s life and can lead to severe physically problems such as heart disease, respiratory failure and organ damage. 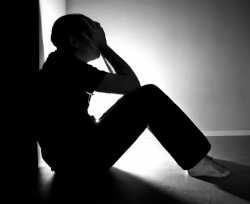 Opium abuse can cause restlessness, itchy skin, and mood swings.

When a person begins to abuse opium, since the drug is a powerful analgesic, they will exhibit signs of opium abuse. These signs can be both physically noticeable and behaviorally noticeable. Below is a list of the top ten signs that people have when abusing opium or any of its derivatives, such as heroin, morphine or Oxycontin.

Lethargy: When a person does not have opium they may feel as though their world is ending and close themselves off from everybody and when a person is using opium they typically are very lethargic and mellow and do not want to participate in any sort of physical activity.

Restlessness: Anxiety is usually seen in abusers who are unable to get the drug. When a person is on opium their nervous system is depressed causing them to feel little to no anxiety, however when the drug leaves their body they may feel intense anxiety if they do not get the drug in their system, which will result in a person being restless and twitchy.

Increased sleep: Opium is a sedative as well as a pain killer and can cause many people to sleep more when abusing the drug.

Physical symptoms of opium abuse include …

Dilated pupils: This is probably the number once noticeable physical opium abuse sign being that it cannot be hidden.

Constipation: The majority of people who abuse opium will have problems with bowel movements and typically will take laxatives to help them deal with constipation.

Dry mouth and nose: Opium will dry out a person’s mucous membranes and cause a person’s mouth to become very dry.

Loss of appetite: Many times opium abusers forget to eat or do not care about eating.

Sexual dysfunction: Many opium abusers lose their sex drive and have a difficult time with performing sexually with their partners.

Many people who abuse opium do so in a dangerous manner creating the risk for an overdose to occur. According to the National Institute on Drug Abuse, many people increase their risk of overdose and health complications by taking opioids in different ways then it is prescribed, such as injecting or snorting the drug.

There are numerous programs available for people who have opium addiciton and if a person is experiencing any signs of opium abuse they should seek out help.