Legal, though they may be, prescription medications carry the highest addiction rates compared to other drugs, according to the National Institute on Drug Abuse. In many cases, a person starts taking these drugs to treat a condition and ends up unable to stop taking them. In other cases, someone just experimenting for fun starts taking pills more and more frequently without really knowing an addiction is forming. 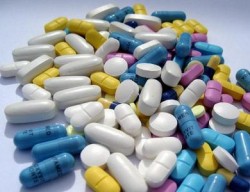 There will be signs to help you determine if someone is abusing prescription drugs.

Many types of prescription drugs have psychoactive effects along with their intended treatment effects. Psychoactive effects directly alter chemical processes in the brain in much the same ways illegal drugs, such as heroin and cocaine do. These effects account for why someone would choose to take more than the prescribed dose or use them for recreational purposes. Prescription drug abuse can happen to anyone when prescription guidelines are not followed.

The types of prescription medications most likely to be abused include:

All of these drug types cause the secretion of dopamine chemicals in the brain. Dopamine, a vital neurotransmitter chemical, helps regulate most every major chemical process in the body. Dopamine secretions also account for the feelings of euphoria a person experiences when taking a prescription drug.

Prescription drug abuse effects gradually alter the brain’s ability to secrete dopamine on its own. When this happens, the brain requires more of the drug to function normally. Within a short period of time, the brain becomes dependent and eventually addicted to the drug’s effects.

According to the Mayo Clinic resource site, prescription drug abuse signs and symptoms can vary depending on the type of drug a person uses. Opioids work as mainly pain-relief medications. Signs of opioid drug abuse include:

When taking sedatives and anti-anxiety medications, signs of prescription drug abuse include:

Signs of stimulant drug abuse include:

While just about anyone can get addicted to prescription medications when abused, certain risk factors tend to increase the odds of becoming addicted. The most commonly known prescription drug abuse risk factors include: