Opium is a highly addictive and highly pleasurable drug that millions of people abuse to receive its euphoric effects. Opium abuse occurs when a person uses opium, or any opium derivative, such as prescription painkillers or morphine, for pleasure or by taking more than they are supposed to receive a stronger effect of the drug.

Opium abuse is dangerous and can lead to many health complications. Opium effects a person’s perception of pain, being that it is an analgesic drug, and it depresses a person’s respiratory track and slows down a person’s heart rate. Taking too much of the drug can cause respiratory failure, cause a person a slip into a coma, or can result in death. 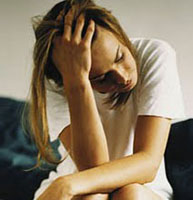 Abusing opium can lead to addiction, but the two are not one and the same.

According to the National Institute on Drug Abuse, drug addiction is when a person has compulsive drug seeking tendencies and use. Drug addiction is a chronic illness that causes a person addicted to drugs to continue using despite harmful consequences that the person’s drug usage is causing them or to people around them.

Opium addiction, if untreated, will result in a person using more and more of the drug causing a multitude of problems to occur in a person’s life, such as financial losses, relationship losses, and permanent organ damage. In addition, many people who form addictions to opium resort to criminal activities in order to support their habit or for lack of better judgment.

Although the majority of people who abuse opium have an opium addiction, it is possible for a person to abuse the drug and not become addicted to it. Opium addiction refers specifically to the user’s mentality behind using the drug. For example, a person may take a higher dosage of Oxycontin then they are prescribed by their doctor because the dosage they are prescribed is not helping them with the pain. However, they may not do this every day, but only on days where their pain is higher than usual. This person is abusing the drug, yet does not feel the urge to constantly take the drug, and therefore does not have an addiction to the drug.

On the other hand a person can form an addiction to Opium and not abuse the drug. This can be commonly seen in patients who are prescribed an opium derivative, such as Percocet and are taking the recommended dosage for pain on a daily basis. Although addiction is not common for people who take the recommended dosage, it can happen if people are taking the drug for long periods of time due to a chronic illness.