Opium addiction recovery can be a long, grueling, process especially for people coming off chronic, long-term addiction problems. While the physical aftereffects of addiction do take a toll on a person’s resolve, persistent drug cravings can quickly overwhelm a person’s ability to maintain continued abstinence.

Opium addiction develops in stages as the drug’s effects exert increasing control over the brain’s functional capacity. Likewise, the opium addiction recovery process unfolds in stages. Once a person overcomes the physical effects of addiction, much of the remaining work centers around undoing the psychological aftereffects of opium addiction, which is where drug cravings live.

Opium drugs include a range of both legal and illegal substances, including Percodan, fentanyl, heroin and Vicodin. Whether legal or illegal, opium-based drugs have a similar chemical makeup to the brain’s own neurotransmitter chemicals. 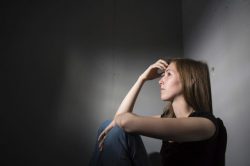 Over time, opium abuse changes how the brain works and leads to dependence.

According to the U. S. National Library of Medicine, these similarities enable these drugs to integrate within the brain’s chemical system without being noticed. In effect, the brain responds to opium drugs in the same way it interacts with its own neurotransmitter chemicals.

These conditions lay the groundwork for opium addiction to take shape. With frequent drug use, opium stimulates neurotransmitter production to the point where imbalances start to develop within the brain’s chemical system. These imbalances not only worsen over time, but also gradually change how the brain works.

The opium addiction cycle develops out of the growing chemical imbalances that come with opium abuse practices. According to the National Safety Council, addiction, in any form, results when a drug’s effects start to interfere with the brain’s reward system functions, an area that determines a person’s overall outlook in terms of what motivates and drives his or her behaviors from day-to-day.

The brain reward system relies on stable levels of dopamine, one of the neurotransmitter processes affected by opium drug effects. Every time dopamine levels increase, this system assigns a high importance to whatever activity precipitated the change.

Since opium drugs naturally increase dopamine chemical outputs in the brain, drug-using behaviors gradually take on top priority in a person’s life. Continued drug use only works to reinforce this effect.

What is the Opiate Addiction to Recovery Timeline?

The Role of Drug Cravings

Once opium addiction takes hold, a person has come to believe that he or she needs the drug’s effects to cope with everyday life. This belief system has emotional as well as psychological ties in terms of a person “needing” opium effects to carry out the affairs of daily life. This need becomes the driving force behind drug cravings.

The belief system that supports opium addiction can persist well into opium addiction recovery, which accounts for why recovering addicts are left to battle drug cravings for months or even years after stopping drug use.

Once a person completes the detox portion of treatment, much of the opium addiction treatment process entails undoing the belief system that drives compulsive-drug using behaviors. If you’ve been in recovery for a while and still struggle with intense drug cravings, it may be time to consider your treatment options. Please feel free to call our toll-free helpline at 800-405-7172 to speak with one of our addiction specialists.