As one of the more powerful analgesic drugs, fentanyl works well at relieving moderate to severe pain symptoms, including the type of acute pain that occurs after surgery. Fentanyl belongs to the opiate class of drugs, all of which produce opium-type effects. This class of drugs also carries a high potential for abuse and addiction.

Fentanyl abuse refers to any scenario in which a person deviates from prescription guidelines, whether it be to gain relief from pain symptoms or for recreational purposes. Like most all opiates, fentanyl’s pain-relieving effects stem from its ability to interfere with the brain’s chemical processes.

With fentanyl abuse, these interactions become even more so pronounced, which can have harmful effects on a person’s physical and psychological well-being. Understanding how fentanyl abuse impacts your health can go a long way towards avoiding the pitfalls that can develop along the way.

Fentanyl’s pain relieving effects stem from its ability to stimulate chemical activities in the brain, most notably those involving dopamine and serotonin, according to the National Institute on Drug Abuse.

With fentanyl abuse practices, these interactions gradually offset the brain’s normal chemical balance. Compared to other opium-based drugs, fentanyl most resembles morphine in effect though fentanyl’s effects are much stronger. 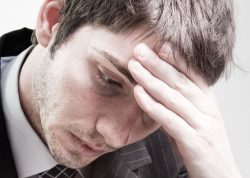 Within a short period of time, the effects of fentanyl abuse destabilize the brain’s delicate chemical system to the point where overall brain function starts to decline. When this happens, withdrawal episodes develop in response to the brain’s inability to regulate the body’s processes. Symptoms commonly experienced during withdrawal include:

With fentanyl abuse comes a high risk for addiction as the brain becomes increasingly dependent on the drug’s effects to function normally. According to Florida International University, someone addicted to fentanyl loses all interest in anything that’s not related to getting and using the drug.

In effect, fentanyl’s effects have warped the areas of the brain that define a person’s priorities, interests and motivations.

What You Should Know about Opiates and Opioids

As a powerful central nervous system depressant, a large enough dose of fentanyl can easily shut down one or more of the body’s major systems. Once physical dependence, withdrawal episodes and addiction take hold, compulsive drug-use has become a way of life.

The brain also develops a tolerance for fentanyl at a rapid pace, so users have to keep ingesting larger doses to feel the drug’s effects. These developments increase the risk for overdose every time a person uses the drug.

As a treatment drug, fentanyl works wonders at relieving severe pain symptoms. As long as a person stays within prescription guidelines, the risk of fentanyl abuse runs fairly low. Once a person crosses this line, fentanyl’s effects can quickly take over his or her life, both on a physical and psychological level.

If you or someone you know struggles with fentanyl abuse and need help finding treatment that meets your needs, please don’t hesitate to call our toll-free helpline at 800-405-7172 to speak with one of our addiction’s specialists.