There is no doubt that heroin use and overdose is now reaching epidemic proportions. In 2010 alone there were over 5.1 million people who used pain relievers. Of these 5.1 million people, many became addicted to these powerful drugs. It is little wonder why both opiate and heroin use and abuse is rapidly becoming a very serious problem. So who created the problem?

Doctors innocently prescribe painkillers for a variety of reasons. According to the National Institute on Drug Abuse, more than 30 percent of Americans suffer from some form of chronic pain. Some of the sources of this pain are:

All of these are legitimate sources of pain. Unfortunately, the painkillers doctors prescribe for them are highly addictive. If you are addicted to prescription pain killers call 800-405-7172. We can find a treatment center that can help you end the addiction. 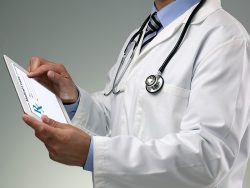 A large number of Americans suffer from chronic pain and use prescription opiates for relief.

According to the National Library of Medicine, pharmaceutical companies used to aggressively market their opioid and opiate pain killers to doctors and patients alike. In the early 2000s these pain relievers were wildly thought of as a miracle drug for those in pain.

Doctors wanting to help their patients prescribed these medications to alleviate all kinds of pain. Although they did not intend to overprescribe these medications, the end result was the same. In 2011 the prescriptions for narcotic pain killers topped 238 million.

One of the issues with prescription drug addiction leading to the heroin epidemic is the Drug Enforcement Agencies getting involved in arresting doctors who prescribe “too many” pain medications. This interference caused those with legitimate prescriptions and legitimate pain to turn to illegal prescriptions and other opioid drugs like heroin to relieve their pain.

What can be Done About it?

The fact that legitimate pain patients are turning to illegal narcotics for relief is a travesty when there are drugs on the market that can help. Instead of criminalizing doctors and pain patients, providing treatment would be the better answer.

With expanded treatment protocols and more access to treatment, less legitimate patients would turn to illegal heroin or other drugs. Those that are not legitimate pain patients may find the ease of getting treatment an added incentive to do so.

How to Talk to Your Doctor About Pain Pill Abuse

So the answer to whether overprescribing painkillers is to blame for the increases in heroin use or not is yes and no. Whether overprescribing, the DEA, or the lack of legitimate solutions to chronic pain is to blame depends on the individuals circumstances. Many blame the lack of ability to find alternative treatments to turning to illegal narcotics.

Fortunately, this is changing. To find a treatment center that can help you find legitimate sources of relief for chronic pain, call 800-405-7172. We can help you regardless of your circumstances.