According to the National Library of Medicine, “Hydrocodone and acetaminophen combination is used to relieve moderate to moderately severe pain.” One of the most commonly prescribed, brand name versions of this combination is Vicodin. It is also one of the most frequently abused prescription opioids available today.

Even when it is taken as prescribed, there is a possibility that Vicodin may cause intense side effects leading to psychological and physical issues. And while many people see no harm in occasionally taking Vicodin without a prescription, in a higher dose than prescribed, or for another reason that it was prescribed, there are even more risks associated with this type of behavior. Unfortunately, the dangers of Vicodin can be very serious, possibly leading to addiction and even death. 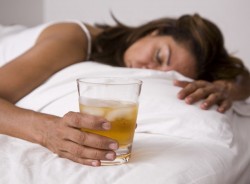 Vicodin can cause serious health problems in users, especially when combined with alcohol.

As stated by the Drug Enforcement Administration, “Hydrocodone can cause drowsiness, dizziness, nausea, constipation, [and] urinary retention.” These effects may not seem too harmful, but they can become serious even when an individual is taking the drug by prescription. If these symptoms persist or become severe, users are urged to tell their doctors immediately (NLM).

When a person abuses the drug regularly, however, these side effects are even more likely to occur and will often become more intense. For example, many individuals who abuse opioid drugs struggle with issues like constipation and nausea but refuse to stop taking the drug. This can lead to gastrointestinal problems that are much more harmful than the regular side effects of prescribed doses of Vicodin.

Other physical dangers Vicodin use and abuse may cause include:

In many cases, when an individual experiences these issues, they are likely overdosing on the drug. This situation may occur accidentally, or the person could intentionally take too much. It is important to realize that Vicodin has the ability to cause a fatal overdose much in the same way that heroin and other opioids do if a user is abusing it or not paying attention to the amount they take. In addition, even if the individual survives an overdose, there is a chance they may suffer permanent brain damage due to hypoxia (or an inability for the brain to receive enough oxygen).

Vicodin abuse has many dangerous effects on an individual’s mind, but even if someone starts out taking the drug as prescribed, there is a possibility that problems may occur. Because Vicodin causes pain relief and, in high enough doses, euphoria, some individuals begin to crave the feeling it causes, leading them to take more of the drug than they should. This is one reason why many doctors are reluctant to prescribe it to a patient with a history of abuse.

It is not common for individuals who are taking the drug exactly as prescribed to suddenly start abusing it, but a growing tolerance for its effects and a dependence on the drug can possibly lead to abuse. This is why doctors must always watch their patients carefully to make sure they are not developing bad habits in regards to their Vicodin use.

If someone does begin to abuse Vicodin, they often will become more hostile toward others, more susceptible to mood swings, and less able to rationalize. Drug abuse in general also causes individuals to act more secretive and become less likely to tell their loved ones what they are doing or where they are going to be, leading to dangerous results if they find themselves in an unsafe situation.

One of the most harmful effects of frequent Vicodin abuse is addiction, which affects an individual’s entire life because they will be unable to stop taking the drug on their own. They will need intense therapy and treatment in order to stop, but some individuals experience many life problems before that occurs. Breakups, falling out with family members, job loss, failing grades, financial ruin, and legal reprimand are all likely to occur when someone becomes addicted to a drug.

The psychological dangers associated with Vicodin abuse are, in many ways, just as harmful as the physical ones, as well as being similar to those caused by heroin abuse. In fact, “Nearly half of young people who inject heroin surveyed in three recent studies reported abusing prescription opioids before starting to use heroin,” which illustrates that the abuse of Vicodin can possibly lead to heroin abuse in some users (NIDA).

Are the Risks of Vicodin Significant?

Even though Vicodin is not an illegal drug, it is illegal to sell it, purchase it, or use it without a prescription. This is because doing so will often lead to many extreme results for the individual who abuses the drug, including dependence, isolation, harmful physical conditions, life problems, addiction, and death. In addition, even those who are taking the drug as prescribed need to be honest with their doctors and aware of their prescribed dosage in order to avoid any problematic or harmful results.