Opioids and opiates are both dangerous substances that, when abused, can cause overdose, death, dependence, tolerance, and addiction. Opiates are natural substances and, according to ISATE, “Opiates are derived from the dried ‘milk’ of the opium poppy.” The term opioids refers specifically to synthetic or semi-synthetic substances which are also dangerous and act on the same opioid receptors in the brain.

While you may be wondering if one is more dangerous than the other in the case of opioid vs. opiate, it is important to understand the actual differences between the drug types themselves and how the dangers can be both equal and unequal at the same time.

Opioid as a Term

Realizing that the use of the term opioid is generally accepted to refer to all narcotic and opioid-based drugs will help your understanding of the difference between the two drug categories as terms. Yes, the word opioid is usually meant to refer to any drug with a similar chemical structure to those that come naturally from the poppy plant while being at least partly or all synthetic. But in many instances, it is used as a blanket term for natural, synthetic, and semi-synthetic opioid-based drugs as well.

This makes it difficult to separate the two in many ways, but knowing that opioid is a blanket term that can specifically refer to some level of synthesis in the drug-making process will help you in determining which drugs are actually opiates and which are opioids. 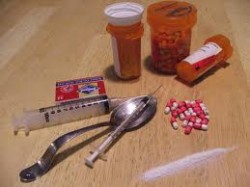 Opioids and opiates have very similar effects though they are made differently.

Obviously, more opioids (both synthetic and semi-synthetic) exist than opiates. Because there are more chances to create different types of drugs, there are many derivatives of opiates as well as completely synthetic opioids. Still, there are some instances where all of these drugs will be categorized under the blanket term of opioids.

So Which Is More Dangerous?

Both opioids and opiates are extremely dangerous when abused. While many individuals want to understand which of the two is safer, it is important to realize there are inherent risks that come with abusing either type of narcotic. In the same way, using painkillers by prescription, whether they are opioids or opiates, is dangerous if you begin to abuse them but, generally, these two drug types have the same side effects and potential risks in their regular use. However, there are some traits that can make either substance type more dangerous if they are used in a certain way.

According to the DEA, “Schedule I drugs, substances, or chemicals are defined as drugs with no currently accepted medical use and a high potential for abuse.” These are often considered to be “the most dangerous drugs of all the drug schedules” because they can more readily cause addiction and abuse, and they are not accepted for treatment use in the medical community for any reason. These drugs are very dangerous.

Surprisingly, the only common narcotic-based drug on the list of Schedule I substances is heroin. While many other opioids and opiates alike are potentially dangerous, easily abused, and containing a host of other risks that are similar to heroin’s (including the possibility for respiratory depression), they are used by the medical community to treat pain, cough, and other issues.

Since heroin is a semi-synthetic drug and therefore an opioid, there can be an argument that opioids are more dangerous because the most dangerous narcotic-based drug is synthetic. But this is hardly enough evidence to say that the entire group of opioids is more dangerous than natural opiates.

Natural Substances and the Dangers They Present

Natural opiates can also be extremely dangerous to many users who do not realize how dangerous they are. For example, a person who abuses opiates like opium, morphine, and codeine may believe that, because these substances are natural, they are less likely to hurt them. This couldn’t be farther from the truth.

Many users do not realize that just because something is natural doesn’t make it safer or less likely to cause an adverse reaction. While some individuals do point out the possibility of heroin and other semi-synthetic or synthetic drugs being cut with unknown substances as a more potentially dangerous issue, it should be noted that opium has the same chance of this type of tampering.

In many cases, dealers add other substances to opium to make it more intense. These combination drugs do have names: according to the DEA, “‘Black’ is a combination of marijuana, opium, and methamphetamine, and ‘Buddha’ is potent marijuana spiked with opium.” But there is still a possibility that something could be added to your opium without you knowing it. And assuming that natural substances are any safer is often a mistake.

Different narcotics (whether they are illicit or prescription drugs) have different strengths. According to the NIDA, “Morphine is often used before and after surgical procedures to alleviate severe pain. Codeine, on the other hand, is often prescribed for mild pain.” Because both of these substances are natural opiates, it is difficult to say that either opiates or opioids are more dangerous as their addictive and abusive potentials (as well as their strengths) vary from drug to drug.

How Can I Determine the Dangers of Certain Narcotics?

The best thing for you to do as someone who is considering taking a painkiller for treatment is to find out all you can about the specific drug you will be taking, ask your doctor as many questions as you need, and possibly ask if there is a chance that a less intense painkiller is available that can provide you with the same necessary relief.

All opiates and opioids affect the brain and body similarly and can create dangerous outcomes, especially if you are abusing the substance. Make sure to always follow the prescription you are given in order to avoid abuse of any kind and learn all you can about the medication you will be taking.