For thousands of years the Opium trade has had an impact on the Unites States society and the world climate in general. When you use or abuse opium or opiate products, you impact not only your own life but the lives of millions of people who produce and illegally sell opium on the open market.

Where Does Opium Come From?

Opium farms in the Middles East and Asia thrive due to worldwide use of both legal and illegal opiates. Up to 92% of the opium grown and imported to the United States comes from Afghanistan. A Middle Eastern country that is fraught with political and social issues of its own. Unfortunately, not all of the opium grown in this region is legally exported to the United States as medicine.

Much of the opium is processed into heroin and sold at illegal and legal markets along the Pakistani border. They then ship the heroin through customs using illegal methods and it makes its way to a myriad of dealers across the United States.

Dealers and importers then dilute this heroin for sale on the streets of the United States. Heroin is one of the most destructive illegal drugs according to the Drug Enforcement Agency.

What is the Cost to Society? 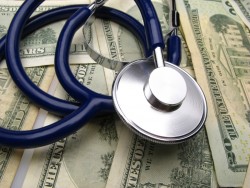 The government adds societal heroin costs up in four areas. The cost of heroin in each of the areas are:

These are just the figures for heroin, not mixtures of heroin or opiates in general. With mixtures and opiates added in the total cost is much higher.

The cost is not only financial. There is also heroin related illness and death. Every year around 8,000 people lose their lives to heroin overdose. Many more wind up in the hospital for treatment adding to the physical cost of heroin.

There are thousands of accidents, infections, and other diseases caused by heroin use. Some of these are:

All of these contribute to the social and economic cost of opium use in the United States.

Despite these costs, many people still consider heroin a viable recreational drug. Anyone who uses illegal opium, heroin, or opiates is contributing to these social problems. If you are an opium, opiate, or heroin user, then you are contributing to these social and economic problems. If you would like help stopping this addiction, call us at 800-405-7172.