Opium derives from the poppy plant and is used to create beneficial medicines like morphine and codeine. Although it provides a person with medication that helps them deal with pain, many people enjoy taking opium for recreational reasons rather than medical reasons; this can lead to an opium overdose.

Opium is a painkiller that has forceful sedative properties. When a person intakes opium, whether through smoking, injection or drinking it in a beverage or tea, they will be putting a very strong painkiller in their body. Opium will affect a person’s entire nervous system as well as their respiratory system.

If a person takes too much opium or any medication or illegal substance that is made from opium, such as heroin, morphine, codeine, and opiates such as Oxycodone and Hydrocodone, they are in danger of loss of consciousness and respiratory failure which could lead to death. 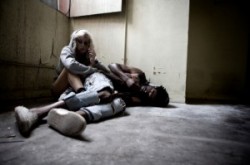 There are symptoms and signs you need to look out for when opium overdose occurs!

The Dangers of an Opium Overdose

An opium overdose can lead to a fatality of a person does not get medical attention immediately. One of the biggest dangers that stems from an opium overdose or an overdose of any of the opium made drugs, is that people who overdose on the drug may not be able to get help or they may not be consciously aware that they need help due to the drug’s effects. Many opiate deaths are the result of overdose because users do not realize or understand when they have taken too much.

In addition, a person who suffers from an opium overdose may survive the overdose but has the potential to end up in a coma. An opium overdose can lead to other health issues such as heart failure, kidney damage, seizures and respiratory failure.

Being that opium in its raw form is not a prescribed medication; people do not know their limits for the drug. The same rule applies to heroin or when people buy opiates such as OxyContin or Percocet on the streets. If people do not have a limit on the amount of drug to take then they are just guessing at the right amount and this could lead to an overdose. Moreover, when people do take the drug and start to feel its effects, many people want to increase the ‘high’ they are feeling or want to keep it going, which leads them to take more of the drug. Some people end up taking too much for their body to handle and their body will react by slowly shutting down. A person who is experiencing any of the overdose symptoms after taking opium should get medical help immediately in order to avoid any more complications or harm to their body.

If a person would like to stop taking opium they can contact a drug abuse hotline anytime to receive free information on how to quit, or they could admit themselves into a rehab or Narcotic Anonymous group to receive the support and resources they will need to quit.