Opium is a very powerful drug that depresses a person’s nervous and respiratory system and if a person takes too much opium they may experience an opium overdose, in which case they will need to get medical attention immediately.

Opium is a highly addictive drug that comes from the poppy plant. Opium can be smoked, injected or taken orally.

Once a person intakes opium into their body they will shortly feel the effects of the drug. Opium contains both morphine and codeine which are pain killers and once released throughout a person’s body they will block pain sensors producing a person to feel no pain. Opium will also slow down a person’s nervous system causing their heart rate to slow and their breathing to slow. 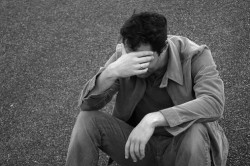 You don’t have to be victim to your opium overdose symptoms.

If a person took opium and is exhibiting any of these symptoms it is in their best interest to call 911 or get medical help immediately. An opium overdose can lead to a complete body shutdown which can result in coma or death.

Opium is an extremely powerful drug and when a person does take too much they may not be capable of determining the best course of action to take being that the drug can make them highly confused and immobile. This is why it is important for everyone to be aware of opium overdose symptoms in case they know or see another person experiencing them they will know to get medical help for that person.

If a person has an opium overdose they should get help with their drug usage problem. Opium in its raw form is not as commonly used as other legal and illegal drugs that are made from opium, such as heroin, morphine, OxyContin and Percocet, which are known as opiates. According to www.nami.org, the term opiate refers to a number of different substances that synthesized from the poppy plant and sharing certain chemical properties. Both legal opiates (oxycodone, hydrocodone, codeine, morphine, and hydromorphine) and illegal opiates (heroin or illegally obtained prescription opiates) are highly addictive substances.

There a multitude of programs that people can go to in order to receive help for coming off of opium and there are drug abuse hot lines that are completely anonymous that people can call and speak to another person about their drug usage habits for free.