Thousands of people seek professional help for opium, opiate or heroin addiction each year. Of those who do get treatment, many will relapse at least once (often many times) before they finally kick the habit for good. Unfortunately, “fatality due to overdose can result from periods of abstinence prior to the heroin administration; this may be due to reduced opioid tolerance,” according to Methoide a division of the University of Arizona.

Prior abstinence from opium use greatly increases the risk of fatal or potentially dangerous overdose due to the reduction in tolerance that occurs when the user is no longer taking the drug. As such, early studies estimate that as many as 5% of users die shortly after they have been released from treatment or from an incarceration status in which they were no longer using opiates. The increase in deaths is likely due to overdose related fatalities resulting from a reduction in tolerance followed by relapse.

There are a number of studies that report that “detoxified opioid-dependent patients are vulerable to overdose in the event of relapse, including relapse after treatment,” according to The Lancet a division of Yale University. Unfortunately, the risk of relapse, though reduced while in treatment, is still very high when a user is released from treatment—and the increased risk of opium overdose following treatment substantially increases the dangers for those involved. 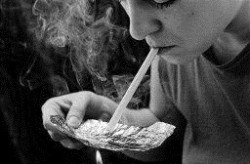 Your body cannot handle the same amounts of drugs as before after you have been abstinent for even a week or so.

According to Mayo Clinic, “preventing relapse requires behavioral, cognitive, and usually pharmacologic components. Initial and follow-up counseling involves learning to anticipate and cope with the challenges which pull one toward relapse.” Preventing relapse seems the best case scenario at reducing patient risk for fatal or potentially harmful overdose following treatment for opium addiction. In relapse prevention, a cognitive-behavioral approach is taken toward identifying and preventing the potential for relapse in patients. Many methods of treatment, education, counseling, support and even medical care can come together to provide effective relapse prevention for those in recovery from opiate addiction.

According to the U.S. Department of Health and Human Services, the following are major causes of relapse during various stages of recovery:

As such, the majority of the time spent in treatment, following detox, will be spent learning ways of coping and overcoming these challenges that will likely be faced in recovery. While relapse will always be a potential and a concern, time spent in treatment, relapse prevention therapy and continued follow up care are essential to the recovery process and can work to prevent harmful overdose from occurring.