Overcoming an opiate addiction is challenging for a variety of reasons, including the fact that withdrawal symptoms will set in sooner rather than later.

Generally speaking, there are two stages of withdrawal. First off is the acute stage, which typically lasts anywhere from a few weeks to a month. It is during this stage that physical withdrawal symptoms are strong.

From there, the second stage of withdrawal, known as the post-acute stage, comes into play. If you experience Post-Acute Withdrawal Syndrome (PAWS), the physical symptoms are not nearly as strong as the psychological and emotional.

During the opiate withdrawal process, both during the acute and post-acute stage, you will feel like giving up and returning to your old ways. While this may be the easiest way to soothe your cravings, it is a mistake as it will hold you back from ever reaching your goal of becoming sober.

Some of the most common post-acute withdrawal symptoms associated with past opiate use include the following: 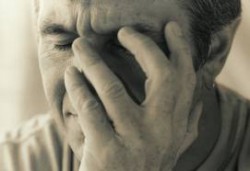 One of the primary challenges associated with post acute opiate withdrawal is the feeling of ever changing symptoms. From one hour to the next, one day to the next, your symptoms will change. Fortunately, as your recovery moves forward, you will find that these symptoms are few and far between. Even then, you can go through a long stretch of feeling good, just to have the symptoms show up again.

How long can post acute opiate withdrawal last? While there is no simple answer to this question, it is a good idea to plan for symptoms that will occur, on and off, for a couple of years. If you believe you will overcome this challenge within a few weeks or months, you may be disappointed when you don’t make progress. As a result, the potential to relapse is much greater.

One of the best ways to deal with post-acute opiate withdrawal symptoms is to receive the appropriate care upfront. When it comes time to kick your opiate addiction to the curb, check into a rehab center with a long history of success. Not only will you have help during the detox process, but you will receive the therapy and counseling necessary to avoid the same trouble in the future.

As somebody who is overcoming an opiate addiction, you should be aware of the post-acute withdrawal symptoms that will set in at some point.