If you’ve used or abused opiates for three or more months, trying to reduce or stop drug use altogether can seem like a never-ending battle. Opiate drugs, such as oxycodone, heroin and Vicodin are notorious for breeding physical and psychological dependence over time.

While opiate withdrawal may seem like it’s never going to end, the withdrawal process does follow a certain timeline so there is hope for relief. If you’ve been battling opiate withdrawal symptoms for six months or longer, other contributing factors may require additional treatment supports in order to maintain ongoing abstinence from drug use.

Call our toll-free helpline at 800-405-7172 to ask about opiate withdrawal treatment options.

The pain-relieving effects brought on by opiates result from how these drugs force the brain to release large amounts of neurotransmitter chemicals. These same interactions also account for opiate “high” effects.

According to Pennsylvania State University, opiate withdrawal symptoms develop out of the widespread brain chemical imbalances left behind by long-term opiate use. Since the brain relies on a delicate chemical balance to function normally, a chemically-imbalanced state weakens its ability to maintain the body’s systems as normal. 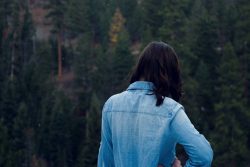 Psychological withdrawal symptoms can last for up to a year.

The opiate withdrawal timeline offers a general guideline for the withdrawal process as well as how long each stage takes. This timeline can be broken down into two main stages: acute withdrawal and protracted withdrawal.

The acute opiate withdrawal stage begins 12 hours after your last drug dose. According to the Substance Abuse & Mental Health Services Administration, this stage can run anywhere from seven to 10 days.

For people at the early stages of opiate abuse, the acute stage may well mark the end of the withdrawal process.

How Long Does Opium Withdrawal Last?

This can actually be the most difficult stage of opiate withdrawal as ongoing feelings of depression make it especially difficult to remain drug-free on an ongoing basis.

When opiate withdrawal effects persist for six months or longer, it may be time to consider medication treatment, particularly if you’ve suffered one or more relapse episodes along the way. In effect, long-term or chronic opiate abuse problems change how the brain works to the point where it can’t function normally without opiate effects.

If you’re struggling with opiate withdrawal and are in need of added support, call our helpline at 800-405-7172 to speak with one of our addiction specialists.