Opiate tolerance occurs after opiates are repeatedly taken and can be conceptualized as a need to increase the opiate dosage to produce the desired effects such as adequate pain relief or euphoria. Each time the brain attempts to compensate for neurotransmitter signaling intensities, the opiate tolerance accumulates and has an impact on other brain functions and systems. The opiate user will find it difficult to stop using the opiate drugs without suffering withdrawals and predispose themselves to a wide range of dangers they never anticipated when they began using the drugs.

The Development of Opiate Tolerance

Our brains are made up of billions of neurons or nerve cells that communicate with other neurons through a process known as neurotransmission. Neurotransmissions from one neuron to the next is what causes us to be who we are and how we think, feel, or act. When opiate molecules enter the brain, they bind to opiate receptors and activate them to release abnormal amounts of dopamine, the feel good neurotransmitter chemical that triggers a positive response throughout the reward systems of the brain. Abnormal increases in dopamine from opiate use over-stimulate these reward systems producing euphoria and the more often the drugs are used and the greater their influences are, the more adaptations to the drug’s presence will occur. 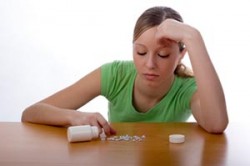 Tolerance can lead to dependence, addiction, and overdose.

As opiate tolerance continuously progresses, changes in the way opiate receptors respond in future uses are challenged with the repeat attempts to compensate for the over-stimulations. According to the NIDA “drug tolerance typically develops because sending cells reduce the amount of neurotransmitter they produce and release, or receiving cells withdraw receptors or otherwise dampen their responsiveness.” Higher doses of opiates will increasingly be required because of these alterations.

As users realize that they are no longer experiencing the desired effects from the same dosage amounts of opiates they previously consumed, there is the danger of accelerated abuse. Opiates have a special propensity to lead to abuse because their structures closely resemble endorphins or natural substances our brains use to feel pleasure and control pain or stress. The over-stimulation of the reward system, according to the NIDA “sets in motion a reinforcing pattern that “teaches” people to repeat the rewarding behavior of abusing drugs.”

Abnormal increases in dopamine from opiate use over-stimulate reward systems producing euphoria and the more often the drugs are used and the greater their influences are, the more adaptations to the drug’s presence will occur. An inability to feel good or even normal without opiate use is a predictable danger of opiate tolerance that leads to addiction.

According to the Institute of Medicine (US), “Addiction to opiates involves a complex interplay of physiological, psychological, social, and other variables.” As a chronic and relapsing disease, opiate addiction can keep the person in a vicious cycle of intoxications and despair that supersedes just about anything else that matters. Searching for the drugs, obtaining the resources to get them, using them, and then, withdrawing are scenarios that can occur multiple times a day depending on the levels of tolerance that has developed.

Increased Risks of Illicit Opiate Use

One of the significant dangers of opiate tolerance is the increased risks of illicit use to satisfy the dependency needs. Opiate tolerance can increase quickly and the prescribed supplies eventually may not be enough to stave off withdrawals, let alone be able to get high, an affect many opiate dependents seek. According to the United Nations Office on Drugs and Crime,” An emerging phenomenon among opioid-dependent drug users in the United States of America is that synthetic opioids are being replaced with heroin, driven by the increased availability of heroin in parts of the United States, and lesser costs to regular users to maintain their dependency.”

Another danger of illicit use due to opiate tolerance is the advancement into behaviors such as crime, prostitution, or methods of ingestion via rapid delivery methods. Intravenous injection is one of the leading causes for HIV, AIDs, hepatitis, and a wide range of other diseases and infections that can be dangerous to others as well as the opiate abuser.

Overdose is a danger of opiate tolerance that kills more people annually than any other drug. As a central nervous system depressant, excess opioids in the brain can significantly decrease respiration and heart rate. While a person may develop an opiate tolerance to the euphoric or analgesic effects of the drugs, the tolerance to these negative effects may not be so easily established.

According to the CDC, “From 2010-2012, the overall heroin death rate across the 28 states doubled.” Driving the increase in heroin overdoses is the unpredictable potency of the drug from dose to dose and the increasing addiction to opiates. Another danger is users who switch from prescription opioids to heroin, although they may be looking for increases in drug potency to satisfy their opiate tolerance, can never be sure of what is actually in the drugs including variant toxins that can lead to poisoning overdose.

Other complicated dangers of opiate tolerance leading to overdose may include using a different opiate, resumed use of certain dosage amounts after reducing opiate tolerance in a detox program, compromised health, or the combined use with other medications or alcohol.