Opium and its derivatives, once hailed as much need pain relief remedies, have taken on a less favorable reputation as addictive substances over the past decade. While heroin, a long-time opium-based drug of abuse, has been around for decades on end, the newer prescription medications on the market have shined a cautionary spotlight on opium once again.

Anyone who’s used opium-based drugs for any length of time knows how these substances all but rewire the brain and weakens the body. By the time a person is ready to stop using, the withdrawal symptoms of opium can be overwhelming and even deadly under the right conditions, according to Psychology Today.

Ultimately, the way a person goes about stopping drug use, or detoxing, has a considerable bearing on how dangerous withdrawal symptoms of opium can be. Detox methods commonly used include – 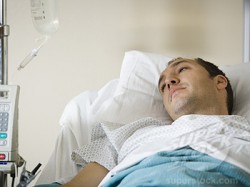 There are times that opiate withdrawal warrants medical treatment.

Opium-based drugs have a chemical make-up that allows for easy access within the brain’s chemical processes. Brain chemical activities regulate processes throughout the body on a continuous basis. Any disruptions in normal chemical activities can cause considerable harm to a person’s physical and psychological well-being.

When abused, opium’s mechanism of action has a cumulative effect on brain function to the point where normal chemical processes come to grow dependent on opium’s effects to regulate the body’s systems.

Opium’s effects promote pain relief on a physical as well as an emotional level. The short-term feelings of euphoria and calm associated with an opium “high” actually mirror the drug’s ability to block pain sensations throughout the body.

When used on a frequent basis, these short-term, pain relieving properties come with more than a few long-term adverse consequences. Withdrawal symptoms of opium develop out of the overall state of chemical imbalance taking place within the brain.

The rapid detox method has quickly become a popular form of treatment for people considering stopping drug use. Much of this popularity stems from the way this process works to shorten the length of time withdrawal symptoms of opium last, from weeks to a matter of hours. This method also uses anesthesia, allowing the patient to remain unconscious through the entire procedure.

While this method does offer a safe and painless means for detoxing, the trauma the body undergoes within this short period of time can be dangerous, as well as deadly. Cardiac arrest, respiratory failure and liver damage are just a few of the potential dangers involved with “short-cutting” the detox process in this manner.

For chronic drug users in particular, withdrawal symptoms of opium can bring on a state known as opiate withdrawal psychosis. In effect, depriving the brain of opium after long-term use throws the brain and body into a state of shock.

Depending on the person, this state of rampant chemical imbalance causes considerable disruption within the cognitive and emotion-based regions of the brain. Under these conditions, a person’s psychological state can deteriorate to the point where all sense of reason and rational is lost.

Someone in this conditions can potentially harm him or herself and/or others making for a highly dangerous situation overall.

Women who become pregnant while abusing opium face an especially hard choice in terms of wanting to stop drug use for the welfare of the baby. Continued drug use increases the likelihood of miscarriage and complications throughout a pregnancy by 600 percent. Experiencing withdrawal symptoms of opium during pregnancy also poses certain risks.

According to the Centre for Addiction and Mental Health, withdrawal symptoms of opium can cause a women to experience premature labor. Withdrawal can also lead to a spontaneous abortion during the early stages of a pregnancy.

Even in cases where a woman carries to term, the repeated episodes of withdrawal throughout the pregnancy term can result in abnormalities in the fetus’ development. For these reasons, women who are pregnant may want to seriously consider medication-assisted detox options, which work to reduce the severity of withdrawal symptoms of opium and support the healthy development of the fetus.

Perhaps the most dangerous withdrawal symptoms of opium have to do with the steep drop in tolerance levels the body goes through as the drug leaves the system. With continued drug use, brain and body tolerance levels continue to increase, which accounts for why addicts ingest increasingly larger drug doses over time.

If a relapse were to happen shortly after completing detox, the risk of overdose increases considerably. In actuality, a person’s risk of overdosing runs higher after completing detox than when he or she was actively using drugs. With such a high potential for relapse, any detox method that doesn’t work to support a person’s ongoing recovery efforts places him or her at risk of relapse, overdose and even death.

According to the U. S. National Library of Medicine, the withdrawal symptoms of opium can vary from person to person depending on the following factors –

Ultimately, these factors greatly influence the risks and dangers associated with withdrawal symptoms of opium. For anyone considering stopping drug use, it’s always best to at least consult with a physician before deciding how to go about the detox process. Since addiction typically comes with any form of long-term drug abuse, ongoing drug treatment should also be an important part of everyone’s recovery plan.