Opium is not the most widely abused substance in the United States, but the opiates that are derived from the raw form of the poppy plant probably are.  Prescription painkillers such as Oxycontin or Morphine as well as heroin are widely abused on the streets throughout the United States.  These drugs have a high potential for abuse, are extremely addictive and have deadly consequences.  Addiction to opium and opiates can lead to lasting consequences that may include financial ruin, relationship problems and even death.

There are some symptoms you can watch out for if you know someone who is using opium in the raw form or opiates such as codeine, Morphine, Heroin or Oxycodone.  Even experimental use of opium or an opiate just a couple of times can lead to addiction.  Each time an individual uses an opiate, the drug alters the chemical composition of the brain and the hormonal balance.  According to the US National Library of Medicine, opiates change the way that the brain perceives pain and can reduce the ability for a user to feel pleasure without opiates.  These are just a few of the symptoms of opiate addiction that must later be treated through counseling, therapy and medical intervention.

Additional symptoms of opiate or opium addiction include: 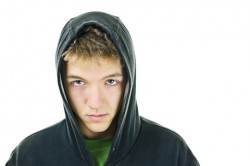 Opium addiction symptoms can vary depending on your tolerance.

If you or someone you love is using opium or opiates and showing any of these signs of opiate addiction, seek immediate help.  There are many methods of treatment and rehabilitation available to assist you in getting past the physical or psychological dependence on opium so that you can move on with your life.