Black tar heroin, a specific type of heroin that is of lower purity and therefore much cheaper to produce, has different effects from that of regular heroin. While other types of higher purity heroin are still considered to be very harmful to those who choose to abuse them, it is important to understand the particular dangers one puts themselves under when abusing black tar specifically. This drug can have effects on the body, mind, and life in general of the individual who abuses it that are not caused as readily by other types of heroin.

The Specifics of Black Tar 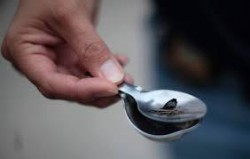 Black tar heroin is a dangerous drug. Its effects can include respiratory depression, nausea, slowed heartbeat and more.

This type of heroin, as previously stated, is usually of lower purity than white heroin and powdered heroin in general. Because of this, it can often be even more dangerous, as it is likely to have other substances in it due to the crude way it is processed. According to the Drug Enforcement Administration, this type of the drug comes mostly “from Mexico [and is] found primarily in the western United States,” although it has been found all across the country.

In addition, the National Highway Traffic Safety Administration states, “Black tar heroin is typically dissolved, diluted, and injected, while higher purity heroin is often smoked or snorted.” While the latter can still be injected as well, injection is the only method by which black tar can be abused, leading to many more of its users overall becoming injection drug users. Many individuals abuse it because it is cheaper than regular heroin. While most users realize the dangers of abusing heroin in general, they are unaware that abusing black tar can be even worse for them in many ways.

Heroin on its own can cause many dangerous effects to the body, such as

However, many of these issues are more likely to occur if someone is abusing black tar heroin. This is another factor that is directly affected by the drug’s low purity level. According to CESAR, “In addition to the effects of the drug itself, some heroin may contain additives that do not easily dilute in the bloodstream, resulting in clogging of the blood vessels in the lungs, liver, kidneys, or brain.” Black tar heroin is more likely to contain additives like these because of the way it is processed. Over time, these types of clogs can become extremely dangerous or even deadly.

Other physical issues specifically associated with black tar include:

On the other hand, because black tar has these health effects and is more likely to cause users to inject it nonintravenously, those who abuse it actually have lower rates of HIV infection. This also occurs because users need to rinse the needles before they can use them again (due to the thick and sticky nature of black tar). However, this one effect does not protect you completely from the possibility of contracting HIV and other transmittable diseases, and individuals who abuse drugs regularly are still more likely to encounter these effects than those who don’t, due to the increased likelihood of unsafe sexual practices.

Other Effects of Black Tar Abuse

Black tar heroin causes many of the same psychological effects as regular heroin, including drowsiness, pain relief, confusion, dependence, and addiction. However, there is a strong possibility that a person may become addicted to the drug more quickly than to another type of heroin because the former is more readily available.

The cheapness of the drug also leads to this issue, and this is one reason why dealers often attempt to sell black tar to individuals who already abuse prescription opioids. Because these users are looking for something stronger than pills but less expensive than powdered heroin, dealers will offer black tar, which may cause addiction more quickly if users think they can abuse it all the time, due to its inexpensive nature.

All types of heroin are dangerous. They can all be injected and may all lead to harmful physical and psychological effects, addiction, and death when abused. However, black tar heroin’s effects are somewhat different than those caused by the abuse of other types of heroin, and this can often lead to issues that other heroin types would not (or would be less likely to) cause. Therefore, it is important to know the specific effects of black tar and how it can be particularly harmful to those who abuse it.