According to the National Institute on Drug Abuse, heroin can be snorted, inhaled, injected, or smoked and all of these routes deliver the drug to the brain very quickly, which contributes to more health risks and to high risks of addiction. Addiction is a chronic relapsing disease caused by changes in the brain. 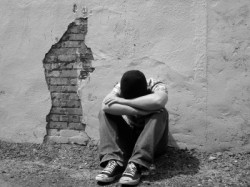 Smoking opium often leads to addiction, which takes over your life and can be fatal if untreated.

When people smoke opium drugs they are not only damaging their lungs from the smoke but they are also causing their brain to receive a surplus of opium quickly, which can result permanent brain damage.

The Dangers of Opium Addiction

According to the National Institute on Drug Abuse, addiction is a chronic brain disease that is often relapsing. Addiction causes compulsive drug seeking and drug using habits, despite the harmful consequences a person’s drug usage is doing to them or to the people around them. Typically, the initial decision to take a drug is voluntary for most people, however, as drug use continues, the brain changes that occur over time challenge an addicted person’s self-control and hinder their ability to resist the impulses to take drugs.

Opium addiction will cause a slew of problems to occur in a person’s life. Opium addiction will result in a person seeking out and using the drug consistently, which can result in them losing friends and family and it can also result in them losing their jobs and financial stability due to the cost of the drug. Moreover, abusing opium drugs is illegal which means that if a person is caught using or buying the drugs they can go to jail.

Opium addiction also leads to changes in behavior and it is a chronic disease that commonly continues unless a person receives help. Opium drugs are extremely powerful and the more a person uses them the more damage they will cause to their body. If a person abuses opium drugs for long periods of time they can have permanent damage to their heart or liver, and they risk the chance of having permanent brain damage which can lead to the onsite of a mental illness.