When opium is smoked, the lungs are littered with chemicals that can lead to many consequences. Lung cancer can develop after years of opium use and this can be fatal. The user may also be subject to additional illness, more seasonal colds and other lung disorders as a result of smoking opium.

Organ failure is another potential possibility when opium is abused, especially when the drug is used for a long time. The harmful effects of opium can litter the organs with toxins that make for lasting consequences. Aside from the damage that is caused directly to the lungs, opium transfers chemicals throughout the body causing damaging effects on the liver, kidneys, brain and other organs throughout the body. 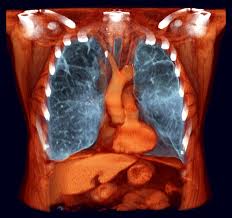 The effects of opium can be serious.

Opium addiction can also cause some negative effects. The user may suffer physical withdrawal symptoms when he or she stops using opium and these symptoms often cause people to continue with opium use even despite a desire to quit. Additionally, opium addiction can lead to mental instability and illness including anxiety, depression and other harmful conditions. The addiction can also lead to harmful effects within the family and social system.

Stopping the Harmful Effects of Opium Use

There are ways to stop the negative effects that opium has on the user. The best way to prevent the negative effects of opium from having a lasting impression on your life is the not every abuse this drug in the first place. For those who are already addicted or who have already suffered some of the harmful effects of this drug, by immediately discontinuing use of opium you can revert many of the problems and at least stop them in their tracks.

Treatment is available for those who are addicted to opium. Inpatient treatment programs can provide a foundation for physical and psychological recovery that carries forward into outpatient treatment. These programs are ideally suited to those who have tried to discontinue use of opium and have had minimal success with their efforts to quit. Inpatient treatment programs provide counseling and therapy as well as medical intervention as needed to ensure that the patient is able to recover from the physical and psychological conditions that have resulted from the opium use.

If you or someone you know is addicted to opium and needs help, contact a treatment center today for help. Local treatment is available to provide you with the tools and education that you need to overcome this battle with addiction and get back on track. Sobriety is your best bet at overcoming the harmful effects that opium has had on your life.