Opium is a pain relieving substance that has various effects on the user when it is smoked, ingested, injected or inhaled. The short-term effects of opium include euphoria, relaxation and drowsiness that typically will last about 3-4 hours. Most of the short-term effects of opium will dissipate on their own with time and do not have any lasting effects on the user unless he or she continues to use the drug repeatedly and regularly in which case there is a risk of addiction and physical dependence occurring.

The effects of opium will differ from one user to the next and may also differ based on the type of the drug that is used and how it was used as well as how much was used. Most of the time, the effects of opium are mild to moderate unless an opium derivative is used in which case there is a risk of dangerous side effects such as overdose or death occurring.

The euphoric state that occurs when opium is smoked can lead to adverse complications, poor behaviors and potentially serious consequences. Opium will slow the heart rate and cause labored breathing which can lead to a lack of oxygen in the body. The lack of oxygen can cause the user to pass out, go into a coma or potentially die if the body does not receive enough air to sustain itself. Additional short term effects associated with a lack of oxygen include damage to the blood vessels, brain and other organs as toxins from the lack of oxygen and the opium itself build up within the system. 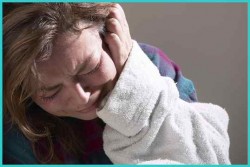 Short term effects of opium are different for everyone.

Constipation is another common short term effect of smoking opium. Although this is merely an inconvenience, the aftermath can be dangerous. When the opium wears off, many users will feel nauseous, have diarrhea and may vomit which all can lead to dehydration. Dehydration that is not treated and which continues for a prolonged period of time can lead to dangerous consequences and may potentially be fatal if the user is unable to keep any fluids in the body.

Other short term effects of opium include a relaxed state, euphoria, and effects similar to benzodiazepines or alcohol. Using opium with other substances such as these can lead to dangerous side effects and may result in serious bodily harm. This is why it’s so important to know that drugs or substances that you are taking and not to ever take multiple substances in combination with one another!

Sustained opium use can lead to impaired mental function, brain damage and lowered inhibitions. These side effects can all lead to a number of problems including both long and short term issues that may include injury, illness and potentially dangerous complications. The long-term effects of opium are far worse and become more evident with each use of the drug.