Opium is often used to create other narcotics which alleviate pain. Although it can be very beneficial in this sense, the drug itself is often abused for the feeling of euphoria a person gets when smoking it. Here are some of the side effects of opium which many users experience.

People can become dependent on opium and other opiate-based drugs after using them for an extended amount of time. According to the NLM, “the time it takes to become physically dependent varies with each individual,” but once a person is dependent on opium, it can be very hard to stop using the drug. “Both physical and psychological dependence on opiates are known to be high” (DOI), so there is a risk even if the specific narcotic is not being abused. 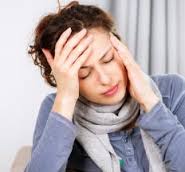 Opium can cause confusion, mood swings and depression.

According to Colombia University, “the effects of smoking opium are almost identical to the effects of using heroin or morphine.” People who abuse opium achieve a euphoric feeling when the drug is in their system, and they begin to crave the drug after prolonged use. According to Columbia, opium causes these physical side effects:

These effects may last “from three to six hours.” The physical side effects of opium use can be uncomfortable, and you can discuss them with your doctor if you are using an opiate-based medication like oxycodone.

Permanent sedation or “nodding out”

This means that the individual has been abusing opium for such a long time that he or she will nod in and out of consciousness easily and without warning due to the effects the drug has had on the body.

A person may begin to build up a tolerance to opium and start to feel that the same amount of the drug does not provide the pain-relieving and euphoric effects that it once did. This will often lead to the individual taking more and more of the drug.

People who abuse opium will often begin to feel as if the other aspects of their lives have no meaning or aren’t important anymore. They will become apathetic toward anything other than the drug and become very depressed when taken off of it.

Opium can also cause a person to have mood swings. People crave the euphoric feeling opium gives them and then become very depressed or upset when unable to take more of the drug.

With opium, the potential for both withdrawal and overdose are high. Withdrawal from opium causes a person to exhibit flu-like symptoms (runny nose, nausea, fever). People often feel pain in their muscles due to the absence of the drug which was blocking pain receptors. During overdose, “in the worst cases, coma and even death may result from respiratory failure” (Columbia). Opium side effects can be uncomfortable at the least and potentially fatal at the worst.