Prescription drugs are controlled substances, formulated to produce certain targeted effects within a specified timeframe. While it may seem prudent to keep unused prescription drugs on hand, doing so may end up causing more harm than good.

With so many prescriptions written each year and no way to keep track of unused portions, the federal government enacted a piece of legislation designed to make it easier for consumers to dispose of unused medications in safe ways. According to the Drug Enforcement Administration, the Disposal Act of 2014 amends the Controlled Substances Act of 1970, authorizing federal agencies to set up safe drug disposal sites in order to reduce rates of diversion for unused prescriptions.

While a person still has the option of holding onto unused prescription drugs, understanding the potential dangers and risks involved may well change his or her mind.

Why Are There So Many Unused Prescription Drugs? 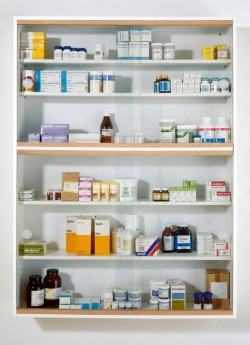 It can be convenient to leave unused prescription drugs at home.

Going to the doctor can be a hassle, stealing precious time from an already hectic schedule. With an unexpected illness or injury, getting needed medications is one of the benefits of going to the doctor. It only makes sense to stockpile leftover drugs in order to avoid another doctor’s visit in the future; however, other factors come into play when controlled substances are involved.

For convenience purposes, many people may hold onto unused prescriptions just in case they get sick or injured in the future. Just a lack of action in terms of taking the time to throw dispose of them may be another reason. Both scenarios set the stage for unexpected problems to develop, some of which can be deadly.

Overprescribing has to do with prescribing an excess number of pills per script, which has become a common practice amongst physicians. This is especially so in the case of pain relief medications and antibiotics.

According to the Canadian Medical Association Journal, a study revealed people prescribed pain-relief medications only used 41 percent of the pills dispensed, with 50 percent of patients planning on keeping the remaining pills for future use.

Similar practices take place with the prescribing of antibiotic drugs. Up to a third of patients stopped taking a prescribed antibiotic once they started to feel better, while 25 percent of the patients studied used “old” antibiotics when needed.

Reasons to Get Rid of Unused Prescription Drugs

According to the University of Illinois Urbana-Champaign, unused medications rank as one of the most common sources of accidental poisoning in the United States. Cases of accidental poisoning can harm young children who unknowingly ingest unused drugs. For example, in 2003, 45 percent of emergency room admissions involving children under the age of five resulted from taking medications.

Likewise, senior citizens who get confused, can mistake old prescriptions for new ones and vice versa. As senior citizens are the biggest consumers of prescription medications, taking leftover portions can pose serious risks to their health and overall well-being.

The availability of unused prescription drugs leave the door wide open for drug abuse to occur. An estimated 70 percent of prescription opiates used for recreational purposes come from unsuspecting family and friends.

Teenagers experimenting with drugs can easily access unused medications, which may well set the cycle of abuse and addiction in motion. It’s not uncommon for teenagers to share these drugs at so-called “pill parties” where teens gather a pool of assorted medications and take drugs at random.

This can be especially dangerous when combining opiates and sedatives, opiates and alcohol or sedatives and alcohol as these substances all depress central nervous system functions. In effect, the right combination can cause overdose and even death.

At some point, unused prescription drugs expire at which point they become ineffective. Once expired, a drug’s chemical composition changes causing unpredictable effects that can sometimes be harmful.

Under these conditions, taking an expired medication to treat a new illness can potentially worsen a person’s health status. For example, antibiotics that have passed their expiration date have lost their effectiveness, leading a person to believe he or she is treating the condition when symptoms may well be getting worse.

Another danger with taking expired antibiotics has to do with how viral infections develop a resistance over time. In effect, taking an expired antibiotic can actually strengthen a virus and make it that much more difficult to treat. This also applies in cases where a person takes an expired pain reliever to treat new pain symptoms as unpredictable drug effects may end up aggravating new pain symptoms.

Ideally, it’s best to drop off unused prescription medications to authorized “take-back programs,” which are managed by federal agencies as part of the Disposal Act legislation, according to Columbia University. Local police stations may also be set up as authorized disposal sites.

Of course, a person can always just dispose of unused medications in the trash, but it’s best to take certain precautions when doing so. As prescription bottles display the patient’s name and other personal information, leaving labels intact can place a person at risk of identity theft. Intact prescription labels also make it possible for someone to refill the prescription under false pretenses.

To avoid these risks it’s best to remove all labeling before throwing prescription bottles away. Other ways of protecting personal information include using a black marker as a concealer or covering label information with a sticker that’s securely attached.

While some may choose to dispose of unused medications in the trash, others may opt to flush them down the toilet. Granted flushing does provide a means to a safer end, though doing so comes with certain environmental risks that not only harm the environment but also the people that live in it. According to Penn State, medication residues can pollute local water systems and surrounding land areas.

It’s not uncommon for high levels of medication residues to exist inside area water systems. In effect, residues contain trace amounts of hormones, opiates and antibiotics as well as a host of synthetic agents, all of which cause development problems in fish and local wildlife.

Ultimately, taking unused prescription medications to local, authorized disposal sites offers the best and safest means for getting rid of them.