By far, opiate medications have proven to be the most effective treatments for any condition involving pain symptoms. Opiates easily integrate within the brain’s own pain management system altering chemical secretion rates accordingly. Unfortunately, these same effects have given rise to more than a few troubling facts about opiates.

Over time, opiates produce certain aftereffects that place users at high risk of abuse and addiction. Illegal opiates, such as heroin and opium work in the same way as prescription opiate medications, which further speak to the potential dangers that come with opiate abuse in general. These aftereffects account for certain facts about opiates that should be considered.

Here are 10 facts about opiates you need to know –

This fact about opiates carries grave implications in terms of the overall damage done to the brain and body. Bodily systems most affected by opiates include:

The effects of opiates on the brain place even those who follow prescription guidelines at risk of abusing these drugs. As pain treatments, opiates work by stimulating endorphin-producing brain cells to release large amounts of neurotransmitter chemicals. These effects damage cell structures over time making them less sensitive to opiate effects.

Unless a person increases his or her dosage amount, pain symptoms will flare up. In the case of recreational drug use, these tolerance level increases weaken the intensity of the “high” users experience, which also results in increased dosage amounts. Consequently, the potential for abuse and addiction increase exponentially when using opiates for recreational purposes. This fact about opiates essentially sets the abuse and addiction cycle in motion.

The feelings of euphoria and calm opiates produce are only a part of the abuse cycle that ensues with frequent drug use. The brain quickly develops a tolerance to opiate effects driving users to take increasingly larger dosage amounts. In the process, the body forms a physical dependency on opiates.

Once physical dependence sets in, users start to experience withdrawal effects on a frequent basis. This fact about opiates sees withdrawal effects as a the second driving force within the abuse cycle. In effect, users continue taking opiates as a means to self-medicate uncomfortable withdrawal symptoms.

According to Semel Institute, withdrawal effects brought on by opiates include:

Self-medicating to relieve withdrawal symptoms only works to further damage brain cell structures and increase the brain’s dependence on opiate effects. This fact on opiates accounts for why it’s so difficult for users to stop abusing drugs.

Once this fact about opiates starts to surface, a person’s quality of life undergoes considerable decline.

Opiate-related overdose deaths have increased by 300 percent since 1999. The development of newer and stronger pain relief medications has seen an ongoing increase in drug abuse rates with each passing year. In effect, stronger drugs come with a higher the risk for abuse, addiction and overdose.

While the brain’s tolerance for opiates can increase indefinitely, the body’s tolerance level isn’t as flexible. Brain tolerance levels also rise at a faster rate than the body’s, which greatly increases the likelihood of overdose for chronic and long-term drug users. 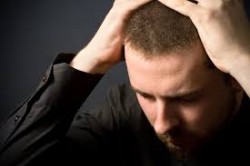 Opiate medications impact the brain and body in a way that can be harmful.

The effects of opiates on the body have given rise to more than a few facts about opiates and the damage these drugs cause. According to the Illinois Consortium on Drug Policy, heroin-related emergency room visits saw a 12 percent increase between 2008 and 2010. This fact about opiates remains an ongoing risk for people who abuse opiates for recreational purposes.

While many prescription pain meds carry a high potential for addiction, illicit opiates like heroin all but ensure abuse and eventual addiction will occur. As far as facts about opiates go, heroin exists as one of the most addictive drugs on the market.

According to the National Institute on Drug Abuse, in 2011, an estimated 4.2 million Americans reported trying heroin at some point in their lives. Out of 4.2 million people, 23 percent became addicted to the drug.

This fact about opiates speaks to how these drugs can hijack brain chemical processes and leave a person hopelessly dependent on opiate effects.

It’s only a matter of time before chronic opiate abuse starts to affect a person’s overall demeanor and behavior in daily life. Behavioral changes stem from opiate’s effects on the brain reward system in terms of altering a person’s thinking processes and motivations.

Behavioral effects from opiate abuse may take the form of:

The rates at which doctors prescribe pain medications enables easy access to these drugs for recreational purposes. One unexpected fact about opiates shows an estimated three out of four people who abuse opiates obtain their supplies from friends and/or family.

Easy access to these medications creates prime conditions for facts about opiates to become more and more dire with each passing year.