Everyone comes to a certain level of opiate dependence after consecutive doses of the drugs for a few days whether they are taking the opiates legitimately for pain issues or illicitly for desired effects. According to the DEA 2011 Resource Guide, “without intervention, the withdrawal usually runs its course, and most physical symptoms disappear within days or weeks, depending on the particular drug.”

Since each person is different, however, the sum of all dependence factors including biological factors and half-life of the opiate, health complications, patterns of use, methods of administration, and environmental influences can lead to the unpredictability in how many days withdrawal from opiates will actually last.

What is the acute phase? At the height of their worsening, the debilitating symptoms of physical and psychological withdrawal can be unbearable. The acute phase begins with the immediate and most intense physical symptoms that occur as the opiates are being eliminated from the body and the adaptations of tolerance are being reduced.

Within hours of the last dose of opiates, withdrawals progress in symptom logy and intensity over a number of days, from 2- 10 days, but, averaging around 3-5days. It is this acute phase that frightens most opiate dependents and they are unable to get through them without medication and other resource assistance. Any attempt to use medications such as benzodiazepines or other central nervous system depressants to help calm the intense cravings, anxiety, or other distressing symptoms, outside of medical supervision, can be highly dangerous and possibly fatal.

Beginning with cravings for more opiates and impending senses of anxiety, tension, and exhaustion or weakness, the opiate user may experience:

Although, generally not life-threatening, these symptoms progressively get worse before the physical symptoms begin subsiding after about 3-5 days. Hydration and nutrition can promote the elimination of the toxins from the system and reduce the tolerance, but, without lifestyle changes, the psychological distress and cravings can continue in powerful strength.

Relapse potentials are extremely high and for those who are naïve to opiate withdrawal, the distress of the symptoms can be unprecedented. For these reasons and more, it is important to seek detox treatment help. According to the Institute of Medicine (US), “The acute stage of treatment is associated with lasting improvements only when there is continued rehabilitative treatment.” 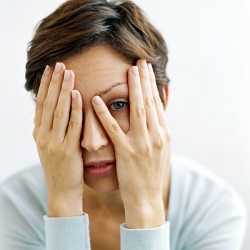 An opiate half-life is simply the time it takes for the drug to fall to half of its value or active properties as it is metabolized and can affect tolerance, dependency, and the time it takes to withdraw from the opiates. Opiates metabolize directly into similarly narcotic morphine and the half-life of 10 mg of morphine is generally around 6 hours, but, the curve decays vary by drug types, potency and dosage amounts, the metabolism rates of the individual, health complications that can delay metabolism, and the route of administration.

Opiate painkillers come in a variety of potencies, forms, and bioavailability or absorption rates when administered through various routes. If a drug is intravenously injected, it bypasses other barriers to the circulatory system which carries it to the brain where the opioid effects are quickly produced and therefore would have a 100% bioavailability. If taken orally, they would have a much slower action than being snorted, smoked, or injected because the drugs must first get past the digestive track and into the bloodstream where acid, proteins, and other bodily processes break it down before it ever reaches the brain.

Repeat consumption of opiates can change the metabolism rates of an individual usually reflected in tolerance, but, as in the case of methadone, it can build up in the person’s bodily tissues releasing gradual amounts into the bloodstream as needed. Unless methadone is gradually tapered and the tolerance is reduced, methadone withdrawals can last much longer than other opiates.

According to the National Institute on Drug Abuse, “In 2011, 4.2 million Americans aged 12 or older (or 1.6 percent) had used heroin at least once in their lives. It is estimated that about 23 percent of individuals who use heroin become dependent on it.”

The half-life of heroin, itself, is limited as it first, metabolizes into the 6-MAM which is the primary psychoactive metabolite of morphine that easily penetrates the brain and central nervous system (CNS). When heroin is injected, the adaptations to its effects occur rapidly and increased amounts of these metabolites are being found in more heroin today than ever before which increases the potency and affinity of the opioid effects produced as well as the dependence potentials.

Heroin and other IV opiate users often suffer deteriorated physical health with circulatory system damages from IV use along with heart and liver malfunctions, diseases, infections, and co-existing mental health disorders that can impede the withdrawal process. For those with complicated health issues, medical intervention may become necessary as the symptoms are exacerbated and more days will be required to get through the psychological distress even when a true detox treatment is used.