Opiates are one of the most commonly abused drugs, according to the National Institute on Drug Abuse. This includes heroin, prescription painkillers, and other opiates. Most people do not ever intend to become addicted to opiates, it is one drug that it is possible to get addicted to and not notice until it is too late. This is particularly true for prescription opiate addiction. If you suspect you or someone you know is addicted to opiates, there some signs of opiate use that you should know.

Opiates are strange in that some people become energetic on them, while others are fatigued. These changes depend on the individual. This is often one of the first signs of opiate use in friends and family. If they previously were in pain and tired all the time but suddenly, have focus and energy it is possible they are addicted to opiates. On the other hand, if they were previously energetic and suddenly are fatigued all the time particularly after a taking something, they might be using opiates. 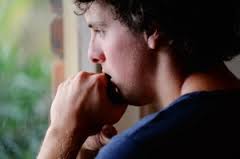 Changes in appearance, mood swings, behavior changes and track marks are some of the signs of opiate drug abuse.

Track marks are a telltale sign of injecting something, usually heroin or liquid prescription painkillers. These are needle scars. They travel along the veins where a person would normally inject drugs. Some people who use frequently learn how to hide track marks by injecting in places normally covered by clothing or they inject in less obvious places such as between the toes or fingers. These marks are an almost sure sign that someone is using an opiate.

People who use drugs in general suffer from changes in appearance. If someone is using an opiate, they usually look sick. They may also look tired or disheveled. When someone was previously healthy looking, and they start to appear with dark circles under their eyes or fail to brush their hair or bathe. Most people who start using opiates look relatively normal at first, unfortunately this changes rapidly depending on how much they are using. Insomnia is also prevalent when someone is addicted to opiates, this lack of sleep contributes to a frail appearance, bad skin, and a general unhealthy appearance.

Money issues are very common with opiate use. Although a normal prescription for opiates is not expensive, buying them illegally is extremely expensive. Some stories of opiate addiction center on two to four hundred dollar a day habits. This causes financial difficulties. Since the addiction drives to people to use, the ever increasing need to purchase drugs cause:

It is not uncommon for an addict to lie or steal to get the money for drugs or the drugs themselves.

Rapid mood swings are very common in opiate use. Rapidly changing moods can be caused by the drugs themselves or by withdrawing from the opiates. Opiate withdrawal causes a person to feel less pleasure in the things that should be pleasurable. This often leads to depression and anxiety. The person might seem irritable, withdrawn, manic, or unusually euphoric and happy while using. These moods change suddenly and often without any warning to those around them. Most people who are using are unaware of these mood changes.

People who use opiates fall into a cycle of use. They fear running out, so life becomes about seeking out the drugs. They are either trying to get the drugs, trying to get money for the drugs, or using the drugs. They fixate on the drug for most of the day. They might learn everything there is about it including the side effect, types of their drug of choice, and the different ways to use it. Most of what they talk about or focus on involves acquiring more of their opiate of choice.

Along with changes in mood there are marked changes in behavior. Behavioral changes occur during use and during withdrawal. These changes can include:

Each of these changes are signs of opiate use and possibly addiction.

Denying that they use opiates or outright lying about the amount of opiates they use on a regular basis is a sign that there is a problem. If you ask a user directly, they will almost always deny that they are actively using. These denials consist of merely stating that they do not all the way to responding with angry denials. When the denial is excessive, the user is almost always hiding how much they use.

Lack of concentration, inability to verbalize thoughts and feelings, and confusion are signs of active use. Many of these signs continue once the user stops the drug. Although their mental acuity starts out relatively normal, it rapidly deteriorates the longer they use the drug.

Many times a user’s living environment changes, a once tidy person becomes messy. Most people who are advanced users wind up with their living environment in shambles. They spend so much time in pursuit of the drug that they do not clean or take care of what they own.

One sign or symptom alone does not indicate opiate use but when three or more are combined they are a very good indicator. Most people who use opiates do not realize they have a problem until it is too late, according to the National Library of Medicine. Each person is different; they might exhibit different signs or these signs in different ways.