There are many potential consequences to long term opiate use. Although some of these consequences are reversible, some of them are highly dangerous. It is important to recognize the symptoms of opiate abuse before the long term consequences become a serious problem.

Dependency is one of the first hallmarks of addiction. Although someone can be dependent on opiates and not be addicted, the result is the same. Someone who is dependent will have a difficult time stopping the drug without going into withdrawal. Dependency only happens with long term use.

Tolerance is the need for more of the opiate to achieve the same result. Many people who use opiates for an extended time become tolerant. Although their doctor might not prescribe it, they are driven to taking increasing amounts of the drug in order to achieve the numbing affect or high they are used to. 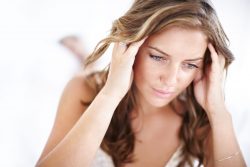 One of the more prevalent effects of using opiates for a long time is withdrawal. Withdrawal happens when your body no longer has the drug. The opioid receptors get over excited and you wind up having the opposite reaction to the pain medication. When it once made you euphoric, in withdrawal it makes you depressed. The other withdrawal symptoms are also opposite of what the drug is supposed to do.

Opiates can cause a painful swelling in the bones and joints. After continued use, this swelling can lead to a condition very similar to arthritis. Some speculate that this is from constant inflammation and pain while others speculate that it is from the drug itself.

Opiates can severely decrease or increase your heart rate depending on the dosage and your withdrawal. Over time the constant changes damage the muscles in your heart. Repeated withdrawal also can cause issues with heart damage.

Understanding the Dangers of Opiate Tolerance

According to the National Institute on Drug Abuse, there is a direct link between brain damage and opiate overdose. Overdose puts a user in a hypoxic state. This deprives the brain of crucial oxygen which damages delicate brain tissue.

The frequency of overdose has a profound effect on whether the brain is damaged. The more often you are in a hypoxic overdose state. The more likely you are to suffer permanent brain damage.

Opiates cause chronic constipation. If left untreated, this constipation can result in bowel death. The only way to correct bowel death is to remove sections of the bowel.

According to the Agency for Healthcare Research and Quality, more research is needed but early studies suggest that long term opiate use leads to serious consequences, the higher the dose, the more likely the consequences. This means that treatment for long term opiate use and alternatives are imperative. To find the treatment that you need call 800-405-7172. We can help.