Opium contains several psychoactive alkaloids including morphine, codeine, and thebaine, from which most narcotic pain relievers are made and for which these drugs are likely to be abused. In its purest form, opium is the latex juice emitted from the opium poppy pod when it is scored and for centuries, has been used to elicit tranquilizing and pain relieving effects.

In the United States, opium availability is more limited than its counterpart heroin which is on the rise and increasingly in demand as an alternative drug of choice for abusers of opioid prescription painkillers. Heroin is synthesized from the morphine content of opium and is a refined source of opium that fuels the epidemic rise in intravenous users.

Opium comes in various forms including liquids, capsules, and powder and it can be smoked, injected, or orally consumed. It has unpredictable levels of various alkaloid contents and potency, not to mention impurities in the substance itself. The following, are common side effects of opium use you don’t want to experience. 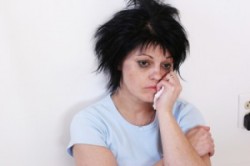 Opium use can lead to addiction, overdose, and many other life-changing consequences.

There is no way of predicting, from one opium source to the next, the levels of opiates, potencies, or impurities of the drug and when an overdose occurs, whether fatal or not, it can occur in even the most experienced opium users.

According to the DEA “All opium and poppy straw used for pharmaceutical products are imported into the United States from legitimate sources in regulated countries.” These opium sources are highly controlled throughout the chain of distributions and manufacturing with limited access and diversions for street sales. There is no comparable monitoring system, however, for opium obtained through illicit growers, distributors, and dealers which accounts for nearly all of the opium used recreationally.

Unknown variables are contained in the opium mixtures which may have evolved naturally or have been added to increase weight and profitability and many users suffer extensive deteriorated health as a result of opium use or associated behaviors. Toxic poisoning can be immediate or accumulated, damaging vital organs and bodily systems and causing infections, diseases, seizures, stroke, coma, and death.

Opium is classified by the DEA as a Schedule II controlled substance that has a high abuse and dependence liability. Physical dependence is manifested by withdrawals when the person suddenly reduces or attempts to cease use of opium after using the drug a few times.

Tolerance is a normal adaptation to the presence of opium that causes the user to increment their dosage amounts, use frequencies, or abuse methods and subsequently their progress to addiction. Addiction, according to the NIDA, “is a chronic, often relapsing brain disease that causes compulsive drug seeking and use, despite harmful consequences to the addicted individual and to those around him or her.”

We can help you find the treatment you need to overcome addiction. Call 800-584-3274 toll free anytime.

Withdrawals are some of the most fearful common side effects of opium use you don’t want to experience. Once you develop dependency to opium, you will experience withdrawals unless you maintain enough opium in your system and depending on your tolerance levels and this can mean having to use the drug multiple times a day.

Withdrawal symptoms, severity, and durations will vary by individuals based on the complexity of neuro-adaptations that have taken place and other factors such as compromised health and patterns and methods of use. The symptoms may include:

Opium use changes the way the brain functions and because opium interacts closely with opioid receptors reinforcing use while dulling senses and emotions, inhibited executive controls are common side effects of opium use you don’t want to experience. Losing your ability to reason or make proper judgments isn’t limited to intoxication, but, can be exacerbated by other changes in brain systems causing you to think, feel, and act in adverse or unusual ways. Some of the negative behaviors may include:

Social functioning impairments are common side effects of opium use you don’t want to experience. Reduced cognition and performance abilities, emotional distress, and many other factors make dealing with life much more difficult and because of your opium use, you may:

Diseases and infections are common side effects of opium use you don’t want to experience. Communicable diseases run rampant in the opioid abuser populations and the risk of contracting hepatitis, HIV, AIDs or tuberculosis is high because of IV opiate abuse.

Bacterial infections and skin sores or abscesses are also associated with IV use and the sharing of paraphernalia such as straws, pipes, needles, and spoons. In some cases, the infections can become severe and get into the blood stream damaging vital organs or requiring surgeries or amputations to remove the contaminated tissues.