Trying to overcome opium dependence can be wrought with discomfort and frustration, especially after long periods of drug use or abuse. Opium-based drugs, such as heroin, fentanyl and oxycodone have a way of blending with the brain and body’s system in harmful ways.

While traditional opium withdrawal treatment programs do a good job at helping a person through the withdrawal stage, some people may prefer to try a more holistic-based approach before resorting to formal treatment approaches. Fortunately, there are a range of holistic treatments for opium withdrawal from which to choose.

If you need help finding a program that offers holistic treatment for opium withdrawal, call our toll-free helpline at 800-405-7172.

Opium works by slowing chemical activities throughout the brain and central nervous system. Opium withdrawal effects develop out of the brain chemical imbalances left behind by prolonged drug use.

In essence, long-term opium use turns the brain into an opium-dependent environment, which inevitably has an impact on the brain’s ability to regulate the body’s systems, according to the U. S. National Library of Medicine. This means, reducing or stopping opium use will leave the brain in a debilitated state in terms of its ability to resume normal functioning. 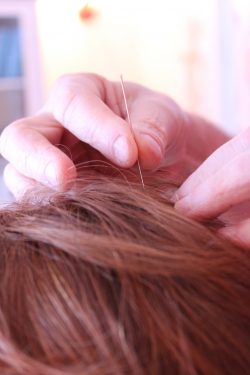 Acupuncture, an ancient Chinese practice that’s been around since 2500 BC, involves the use of needles placed at specific points along the body’s skin surface. Commonly used in alternative medicine practices to treat different disorders, such as menopausal symptoms, migraines and chronic fatigue, acupuncture works to eliminate blockages that prevent the body’s systems from working as normal.

According to the Journal of Evidence-Based Complementary & Alternative Medicine, acupuncture methods are based on the Qi system, which refers to the body’s life force and energy channels. In terms of opium withdrawal, this method helps to support and strengthen the body’s healing mechanisms while relieving uncomfortable symptoms.

During the course of opium abuse, repeated surges in neurotransmitter levels not only offset the brain’s chemical system, but also alters its electrical activity. As a holistic treatment for opium withdrawal, NeuroElectric Therapy uses electrical impulses to “retrain” the brain’s electrical system, according to the Subtle Energies & Energy Medicine Journal.

What Can you Do for Opiate Withdrawal?

Herbal therapies involve the use of whole, natural herbs, which naturally produce a “holistic” effect in terms of how they interact with the body’s system. According to the University of Maryland, herbal therapies can be used as an overall approach for relieving opium withdrawal or for treating specific withdrawal symptoms.

Some of the more commonly used herbal medicines used include:

Holistic treatments for opium withdrawal can provide ample relief from uncomfortable symptoms; however, people struggling with severe withdrawal symptoms may well want to consider getting detox treatment help. In effect, failing to get the level of support needed leaves a person wide open for relapse and an eventual return to drug using behaviors.

Please feel free to call our helpline at 800-405-7172 to speak with our addiction specialists about available opium withdrawal treatment options.